Africell telecommunication Company over the years; has kept a solid and growing relationship with the media in Sierra Leone and that is been evident in the support been provided in both technical and financial forms.

Newspaper Owners will breathe a sigh of relief for free web hosting offer to newspapers owners that have existing websites.

Africell he said will not provide domain names as Radio Stations and other media platforms will be provided for later, according the company’s officials,

The rationale behind this according to the Ahmed is to keep up with the trend of digital migration from paper based to digital platform.

“Against this background, let me share with you some interesting statistics on new media in Sierra Leone from Data Reportal: internet users in Sierra Leone

There were 1.99 million internet users in Sierra Leone in January 2020.

There were 700.0 thousand social media users in Sierra Leone in January 2020.”

SLAJ he said welcomes the opportunity to enhance the presence of more newspapers online as the challenge now is to ensure sustainability online and make revenue.

He also pleaded to Africell and other well-meaning organizations, to also consider helping media houses without websites to come onboard.

Joe Abass Bangura is the Chief Corporate Affairs of Africell he explains the offer will effectively eliminate the web-hosting operational cost incurred by newspapers yearly and will allowed respective owners to use the funds for other budgetary expenses.

“In exchanging for this; all Africell would be requesting is the negotiation of a discounted rate for adverts and an adverts at the bottom right of your web pages to indicate that your website is hosted by Africell.’ 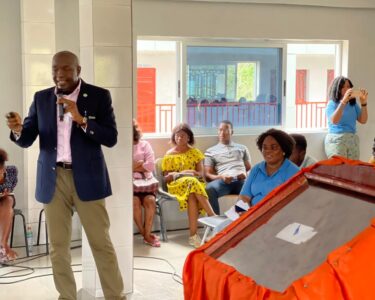 The Affliction of Teachers in Sierra Leone