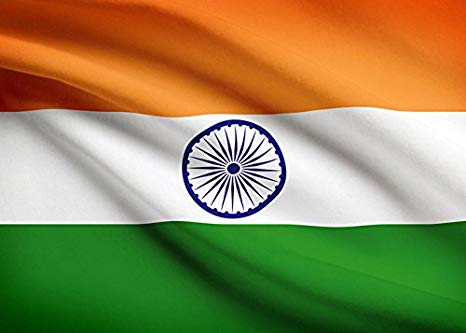 India’s plan to try to mandate the monitoring, interception and tracing of messages on social media has alarmed users and privacy activists – as well as the companies running the platforms. Prasanto K Roy looks at the potential impact of such a move.

The country’s information technology ministry will publish, by January 2020, a new set of rules for intermediaries: platforms that allow people to send, or share, messages. It is a sweeping term, which also includes e-commerce and many other types of apps and websites.

The move is in response to an explosion of fake news that has caused mob violence and has even led to death. Most frequent were rumours about child kidnappers, circulated on WhatsApp and other platforms. Those messages, with no basis in fact, caused mobs to lynch innocent passers-by.

Such “forwards” spread to tens of thousands of users in hours, and became nearly impossible to counter once they had spread.

In one example in 2018, the victim of mob violence was a man who had been employed by government officials to go around villages with a loudspeaker and tell locals not to believe rumours being spread on social media.

There are more than 50 documented cases of mob violence triggered by misinformation spread over social media in India in the last two years. Many platforms, including Facebook, YouTube, or Sharechat, a vernacular language social media start-up and app, play a role.

But the Facebook-owned WhatsApp is by far the most popular of the platforms. With India accounting for 400 million of its global base of 1.5 billion users, it ends up being the focus of discussions on the spread of misinformation.

After a spate of rumour-driven mob violence in 2018, the government had asked WhatsApp to help halt the spread of “irresponsible and explosive messages” on its platform. The platform took several steps, including limiting the number of forwards allowed to five at a time, and putting a forwarded tag on those messages.

Not enough, said the government, which now wants WhatsApp to use automated tools to monitor messages, as China does, to take down specific messages. It also wants the company to trace and report the original sender of a message or video.

India’s attorney general has told the Supreme Court in a related case that social media companies had “no business to enter the country and carry on if they can’t decrypt information for investigative agencies, in cases of sedition and pornography, among other crimes”.

“See, they’ve [social media companies] even gone to court to stop us,” a government official told me off the record.

He added that online surveillance in China is far deeper and more sweeping. He is right about that: on its popular WeChat platform, messages famously disappear if they contain banned words.

WhatsApp says the steps it has taken are working.

The labels and limits have reduced the number of forwarded messages on the platform by 25%, a spokesperson said. She added that the company actively bans two million accounts a month for “engaging in bulk or automated messaging”, and runs a big public education campaign that has reached hundreds of millions of Indians.

Meanwhile, privacy activists are most worried about the demands to “trace” the original sender of a message.

The government says it wants to trace messages that cause violence and deaths, but activists fear it will then track down critics, with a chilling effect on free speech.

This is no unfounded worry, given the spate of cases where those criticising government actions, such as its crackdown in Kashmir last August, or those writing a letter of protest to the prime minister, end up facing a sedition charge.

“What [they want] is not possible today, given the end-to-end encryption we use,” says Carl Woog, WhatsApp’s global head of communications.

“It would require us to re-architect WhatsApp, leading us to a different product, one that would not be fundamentally private. Imagine if every message you sent was kept with a record of your phone number. That would not be a place for private communications.”