What happens next in the impeachment of President Trump?

Home - International News - What happens next in the impeachment of President Trump? 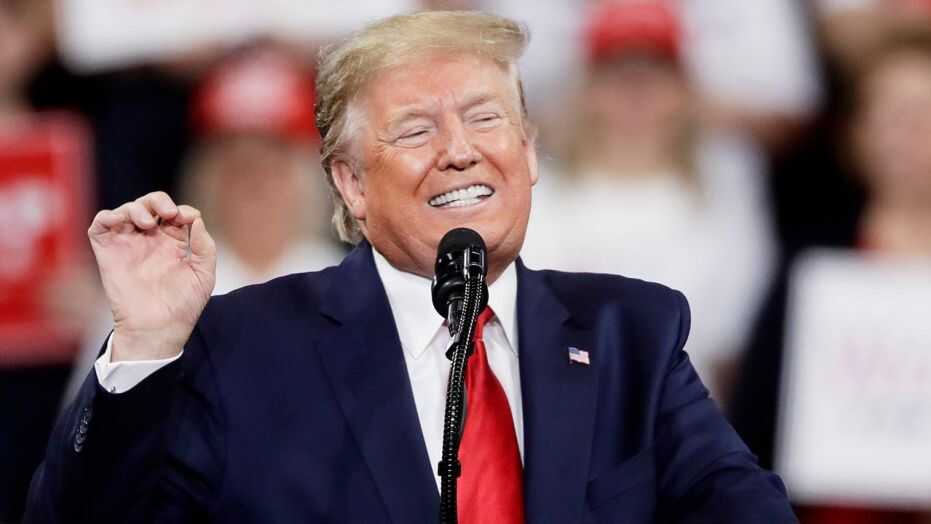 President Trump entered the history books in a new category Wednesday: He is the third president in U.S. history to have been impeached by the House. The two votes on impeachment bring to an end the House’s months-long inquiry into whether Trump improperly pressured Ukraine to conduct investigations that would benefit him politically.

Here’s how we got to this moment, and what you can expect in the Senate trial that comes next.

The House spent Wednesday debating the two impeachment articles on the House floor. The first article accused him of abusing his power by leveraging the federal government and taxpayer money for his personal and political gain, and the second accused him of obstructing the congressional inquiry into his actions on Ukraine.

Both articles passed, meaning Trump is impeached. The article on abuse of power passed 230-197, and the one on obstruction passed 229-198.

But he’s not removed from office. The Senate determines whether that will happen.

What the Constitution says about what happens next

[Got an impeachment question? Chat with the Fix on Thursday at noon]

The Constitution only says that the Senate has to hold a trial, with the senators sitting as jurors, House lawmakers serving as prosecutors known as managers and the chief justice of the United States presiding over it. They must take a public vote, and two-thirds of senators present must agree on whether to convict the president and thus remove him from office. But the Constitution doesn’t lay out exactly how to hold a trial.

How a Senate trial works

Rules the Senate approved in the 1980s give some guidelines, but the really important stuff — like whether to call witnesses and what kind of evidence to admit and how long to make it — is up to the senators themselves to decide. The only modern guide we have is the Clinton impeachment trial, which allowed no new evidence and only taped witness testimony of key witnesses. It was largely considered a successful example of bipartisan cooperation, as Republicans worked with Democrats to put together as fair a trial as possible.

A majority of senators need to agree on the rules for Trump’s impeachment trial. Senate Majority Leader Mitch McConnell (R-Ky.) and Senate Minority Leader Charles E. Schumer (D-N.Y.) will probably try to come to a compromise beforehand on what witnesses to call to avoid a big, dramatic battle during the trial. But they have vastly different views on how to do this. Schumer has said he wants people close to the president during this time, like Trump’s acting chief of staff, Mick Mulvaney, or former national security adviser John Bolton, to testify. The Post has reported McConnell wants no witnesses at all. Republicans are also feeling pressured by Trump, who appears ready to use the Senate trial to attack his political opponents and try to undermine his impeachment.

Even though the Senate trial is in Republican hands, The Post’s Mike DeBonis reports that some House Democrats are trying to influence what happens. As many as three dozen want to hold back the impeachment articles from going to the Senate immediately, which could delay the Senate trial Trump so badly wants to clear his name — and perhaps put pressure on Republicans to consider inviting witnesses that could be damaging to Trump. House leadership has not ruled that out, but it seems like a long shot.

Assuming they get the articles without delay, senators will come to an agreement on a start date for a trial. We expect that will be in January. Senators will start by taking an oath of impartiality and will work six days a week until they’ve voted on both articles of impeachment. If there are witnesses, senators can ask them questions in writing, which the presiding official, Chief Justice John G. Roberts Jr., will read out loud. The president can choose his own lawyers, and they can cross-examine witnesses. The chief justice can overrule something that happens in the trial that he feels is out of line with the rules, but senators can overrule him with a vote.

If Trump is convicted on even one count, the Constitution says he has to be removed from office. Senators could take yet another vote to prevent him from running for office ever again.

What is the likelihood of the Senate convicting Trump?

It’s low. House Republicans displayed remarkable unity during the impeachment process — none of them voted for impeachment. Outside Congress, Trump remains popular among his base. Against that backdrop, it’s hard to see mass defections among Senate Republicans to override their party’s voters and kick the president out of office.

A mass defection by members of his own party is what it would take to convict Trump and remove him from office. Twenty of the 53 Republican senators would need to join all Democratic-voting senators to reach the two-thirds supermajority the Constitution requires for impeachment. We count 14 who have expressed at least some level of concern with Trump’s behavior on Ukraine policy, but there are only three senators who have the track record of speaking out against Trump consistently: Susan Collins of Maine, Lisa Murkowski of Alaska and Mitt Romney of Utah. In addition, it’s not a given that all Senate Democrats stay together. Someone like Joe Manchin III of West Virginia has crossed party lines before.

So, there likely aren’t enough senators to convict Trump as the evidence stands now. But there are enough senators in the middle of the political spectrum to put weight on Senate leaders to conduct a fair trial.