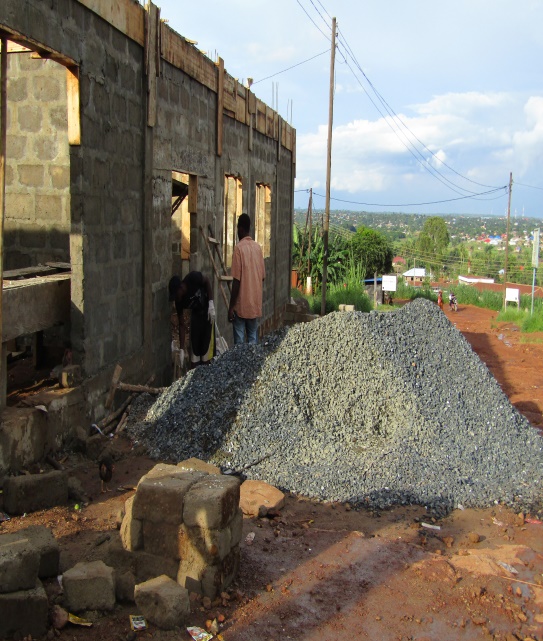 As the United States of America has what they refer to as the World Trade Center, Sierra Leone is on the verge of having its version in the fashion of One World Centre.

Motivated by the urge to deliver for the good of Sierra Leone, the UNITED DIASPORA and MORASTA (UDM) has engaged in the construction of this Centre in Waterloo, in the Western Rural District of Sierra Leone.

One World Centre, according to the Director General of UDM, Abdul Rahman Morasta Sesay, is gearing towards providing trainings in ICT, providing Micro-Credits facilities for vulnerable women across the Western Rural District and the company is seeking license for legally planting/exportation of cannabis for medical purpose.

His development- oriented wife, Marina Hildegard Sesay described the Centre as one that will complement government’s effort in alleviating poverty in Sierra Leone.

Marina added that their mission is to empower and unite Africa and the Western World, man and woman, sisters and brothers to facilitate togetherness in all aspect of life under ONE SPIRIT.

Current Headman of Waterloo, Oseh Whenzle described the One World Project as a blessing in disguise Waterlonians.

United Diaspora was founded by Marina the seventh Hildegard in a Normadic bloodline is working together with Morasta-Abdul Rahman Sesay for a common passion and  mission to empower and unite Africa and the Western world.

Morasta movement started in 1997 while the founder, Abdul Rahman Morasta Sesay was seeking refuge in Guinea during the rebel war in his country.