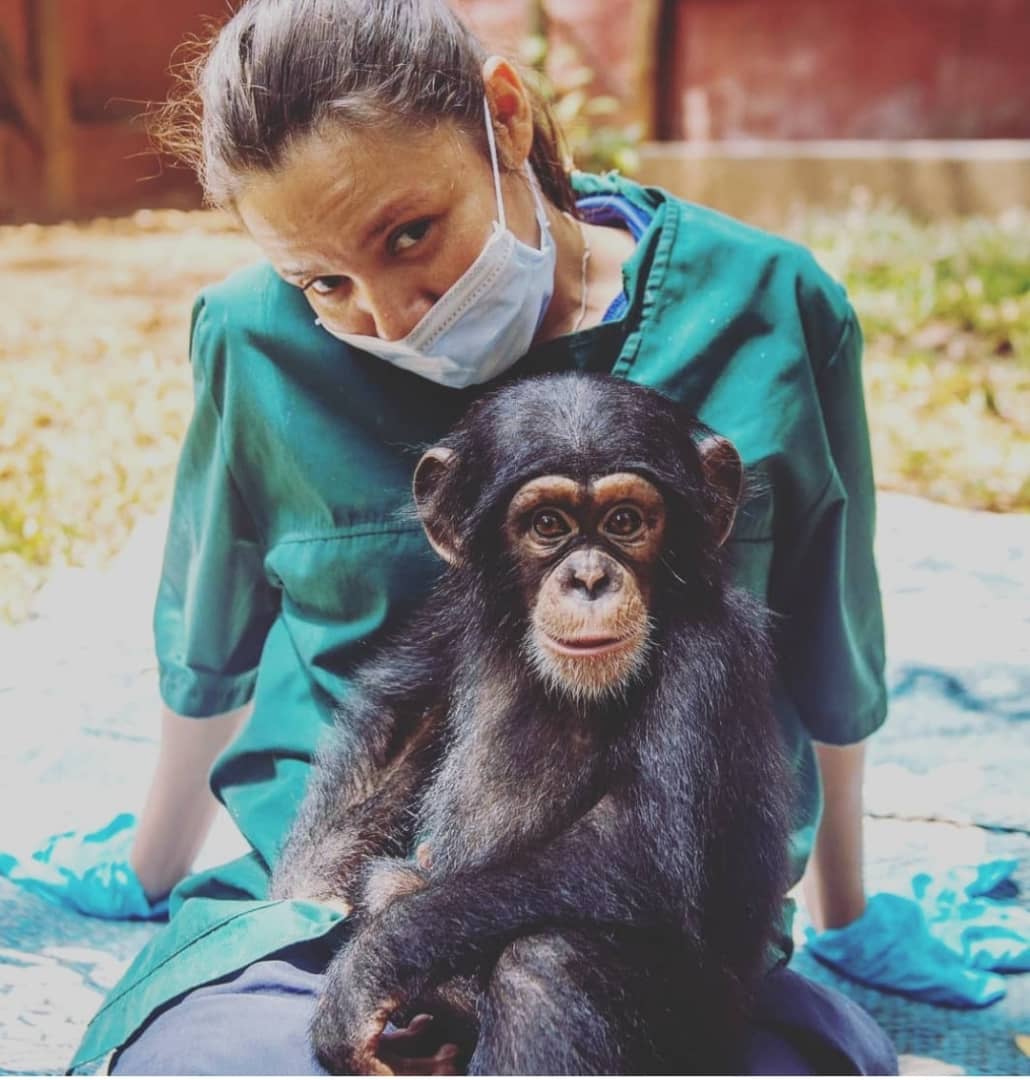 The veterinarian at the Tacugama Chimpanzee Sanctuary (TCS), Andrea Pizarro Friday 5th February 2021 informed this medium at the sanctuary, Regent that after six years of study and graduating as a Doctor in Veterinary Medicine in her home town of Colombia she did her internship in Mexico, Indonesia and Thailand focusing on primates, wildlife and general veterinary medicine before starting work in 2011.

According to Andrea, her desire was to work with chimps the reason she applied to work at the TCS in Freetown, Sierra Leone in 2007 in addition to the fact that Sierra Leone does not train veterinary doctors, that the job is very challenging as she has to do everything including conducting several research work, soliciting funds to take care of the chimps as well as observing strict security measures to protect the chimps, workers and visitors to the sanctuary adding that chimps newly brought to the sanctuary are quarantined for three months before allowed to integrate with others all in an effort to prevent the spread of diseases.

She recalled that the camp was closed down for eight months due to the corona virus pandemic, staff tested for the virus, strict preventive measures instituted with not more than 10 visitors at a time, that even the water given to the chimps is treated daily to prevent infections and the chimps monitored daily adding that they also collect a lot of data on the chimps and analyse them.

She continued that the chimps are tested regularly for tuberculosis, typhoid, malaria, hepatitis B and C  and other diseases underscoring that even their diet is strictly monitored and their weights measured every three years for among others, neurological, toxic bacteria and lung infections, heart problems intimating that staff are trained to identify sick chimps reiterating that staff are very strict and professional.

Andrea Pizarro continued that the TCS is also collaborating with similar organisations like the University of Wisconsin in America and the Max Planck Institutes among others.

The veterinarian went on to inform that they work from 7am to 6pm daily, that the chimps are sick mainly of cold and respiratory diseases like flue and diarrhea very similar to human beings, that they suffer from wounds because they like fighting each other for supremacy, that they do a lot of preventive work, rescue chimps from communities and that when they are brought to the sanctuary some of them suffer from ropes tied round their necks or waists for long periods, maltreated, some would have bullet wounds in their bodies  and fractured bones.

She recalled 2017 when there was an outbreak of flue and that ginger and other natural products were used to treat them revealing that like human beings chimps also fight that results to deaths, die natural deaths or when very old.

She assured that they are doing their best as professionals to take care of the chimps, that the chimps are also tested for pregnancy and HIV/AIDS and given implants to prevent pregnancies.

‘In the Struggles of APC, There is Victory’… 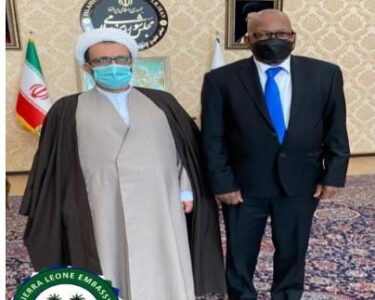 The Poor State of Our Municipal Roads: Who…