Home - News - Troubling Results for the SLPP from Port Loko 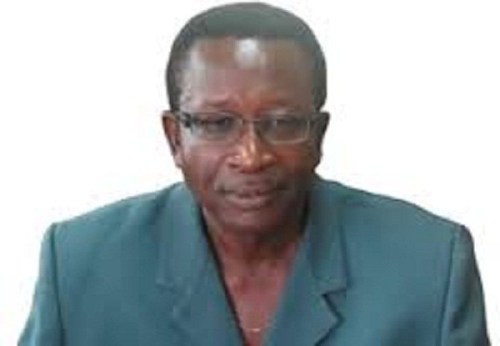 Without the participation of the APC, C4C and NGC, the SLPP barely won the councilor’s election in Port Loko. With a voter turnout of 27%, SLPP hardly secured 1008 votes to win. According to the NEC results, unknown UP received 1000 votes. So, short of the main opposition parties the ruling SLPP won narrowly. This is what some would call a nail-biter of a victory. What to make of the Port Loko results?

First, let us applaud the 3-main opposition parties following through with their boycott of the elections. Their refusal to take part in the Port Loko Councilor election should let the Bio government know it is no longer business as usual. In this same light, their non-participation in a fraudulent electioneering process should signal to Bio that the main opposition parties are determined to take corrective steps to prevent the type of election and voting malpractices that catapult him to Statehouse in 2018. The refusal of the credible opposition parties to field in candidates in Port Loko is huge.

Second, it suggests democracy in Sierra Leone is being established on firm principles. These values seek to remedy a crooked procedure that subverts the voting will of the people. Why take part in a corrupt election process that would lead to more political instability? It makes no sense wasting time, money and energy if election results are not credible. It will be a mockery of democracy which the 3-main opposition parties are no longer willing to be a part of. Be that as it may, the results from Port Loko do not portray a popular SLPP in Sierra Leone. They show that Bio is still unable to unify the nation and make inroads in north.

Considering that the Northern Province is the APC’s stronghold, the results still show the SLPP as a very unpopular party currently in the country. By all indications, if this trend continues, then Bio should get as much miles in the air as he can. Because come 2023, his traveling will be limited by foot and not on behalf of Sierra Leoneans anymore. Winning by just 8 votes should be embarrassing for NEC and its SLPP paymasters. But that is if the results were genuine which by all probabilities were not. The figures seem to have been concocted by the NEC Chairman. Recall that in the previous Kambia election, a similar (identical) result was falsely announced to the nation.

All-in-all, the Port Loko results are troubling for the SLPP. The home of VP Jalloh is more in Port Loko than Kono. To have won by just 8-votes suggest the APC would have swept the race if their candidate was on the ballot, and the process was free, fair, transparent and credible. Unlike former VP Sumana with the APC, the SLPP VP does not have a strong political base in his district. Therefore, the SLPP cannot be loud in expressing victory. It was a defeat for Bio, Jalloh and their SLPP on various levels. It is the opposition who should do tub-thumping. The unity displayed by the 3-main parties, will ultimately limit Bio to just one term in office. The good news here is that they are not waiting on election eve 2023 to figure out how to make it happen. The mission has already begun.