Of the 208 Km distance for the two districts, about 45km has been brushed and cleared since the project began in November. The 24km Road length from Mokaba to Mattru that was awarded Kam Construction has been 100% brushed and cleared but still needs necessary corrections, as stated the SLRA team.

The Deputy Director General SLRA Abdulai Ansumana at a stop along the road told Kam Construction’s Chief Executive Officer Alhaji Alusine Kamara: “You’ve done a very good job but you still need to make necessary corrections”. Among the corrections recommended was the width of the road. He emphasized that the length of the road was to be exactly 16mm from both drainages.

The Bauya-Junction Benducha 68km awarded to Beigin Construction is 20km brushed and cleared but with backfilling among other things left to be done. The other 48km is still left untouched even though the project deadline is April 2021. This road lies in a boliland and that was the hurry of the SLRA visiting team. Professional Head Ministry of Works Paul S H Bockarie stated at the project site that: “Our hurry now is the rainy season that is approaching and this means that you have to do something against that time or else I am afraid”.

Of the 116km distance 3 roads for Pujehun District, about 45km has been brushed and cleared. S&S Trading Investment Sierra Leone Limited was offered the Potoru-Blama road of 53km and they have brushed about 16.5km. This company somehow, is heavily equipped as compared to the other contractors but the DDG still advised them on making sure that the work done was standard.

The 38km road length from Pujehun to Potoru was awarded Hals Enterprises & Company Limited and they have cleared about 13.4km. Of the 13.4km cleared, 8.5km has been brushed, cleared and graveled. Hals Enterprises Site Coordinator Mohamed Lawal Jalloh vouched to the team that “It will be difficult for grass to take over here even for years to come”.

However, nothing has been done on the 25km road distance that was given to Doughotoni Construction and General Services. Only 4.5km has been cleared since the project started in April and the project site has no sign post both at the beginning and ending. Doughotoni Site Manager explained to the team of their constraints among which he said was the absence of an Engineer. National Monitoring and Evaluation Directorate official, Abdulai Jalloh however observed that “How can you have a construction company without an Engineer and we cannot even see the seriousness of the work”. There was no bulldozer at the time the team visited.

MAKE SURE YOU CHECK THAT ROOM ONCE IN A WHILE 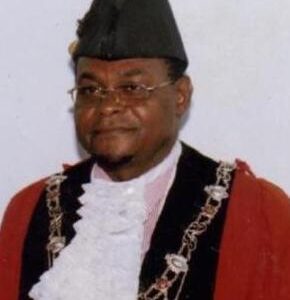 LARA AND TEAM: WE’VE GOT YOUR BACKS COVERED!!