THE SYLVIA BLYDEN CASE: THE NOOSE TIGHTENS ON THE RIGHTS OF THE INDIVIDUAL AND DUE PROCESS!

Home - Politics - THE SYLVIA BLYDEN CASE: THE NOOSE TIGHTENS ON THE RIGHTS OF THE INDIVIDUAL AND DUE PROCESS! 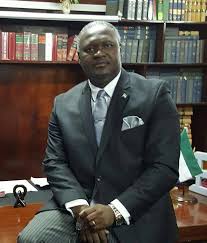 Today marks 21 days since the arrest and detention of Dr. Sylvia Olayinka Blyden without any charges being preferred to the courts against her person. The Constitution of Sierra Leone is very clear on the protection of arbitrary arrests and detention of persons suspected to have committed an offence.

This provision is clearly spelt out under Section 17 (3) (a) which states “Any person who is arrested and detained for the purpose of bringing that person before a court or tribunal and who is not released, shall be brought before a court of law within ten days from the date of arrest. This goes for capital offences, offences carrying life imprisonment and economic and environmental offences.

On a similar note, the 1991 constitution  makes provision under sub-section 3(b) for the person to be charged to court  within seventy-two hours of his or her arrest in case of other offences.

In any of the aforementioned instances, charges must have been preferred against Dr. Blyden by now, if she has a case to answer. For the state to continue subjecting her person under detention without charge is nothing other than a denial of her constitutional rights and due process of law.

It is no legal justification to suggest that, it was common practice during previous regimes. A perpetuation of a wrong doing by an erstwhile regime does not make it right for the current regime to repeat the same wrong doing.

Impugning the Constitution and due legal process brings me to asking the question, when does justice come in, to bridge the impunity gap? It is time as a country for us to lift our heads up, and accept the rule of law, as the hall mark of our hard won democracy.

Dr. Blyden, like any other citizen, is entitled to exercise her freedom and individual rights as enshrined in the Constitution. Applying the law discriminately against her by way of denying her police bail as well as timely preferment of charges as provided by law, runs contrary to public law and policy.

The point I am making here is not about what Dr. Blyden, may or may not have done, but rather the implementation and enforcement of the rights of the individual. By deliberately ignoring or disregarding her rights as enshrined in the constitution, endangers the peace and security of the State.

I am therefore calling on the Sierra Leone Police to speedily conclude the investigation and, if there are any, the preferment of charges to the courts.