The Politics of Hate!!!

Home - Electronics - The Politics of Hate!!!

BY: ISHO WISE OF NJALA UNIV]ERSITY

Few days back, I was having a constructive dialogue with an eloquent friend of mine. In one of his statements he did mention that Sierra Leone will not develop or thrive on the basis of greed and selfishness. I honestly agreed with him in totality, because greed is like drinking salty water, the more you drink the more you want.  After our discussion, I was pondering in my quiet corner; I came to realize that the definition we have attached to our political arrangement is the main cause of our current status.

As a university student, It’s not lost on me that some Sierra Leoneans have seen politics as a do or die issue. In actual fact, our politics should gear towards providing the requisite solutions to the long lasting adversities we are facing as a country.

It’s not about viciously attacking government functionaries or devastating the existence of opposition parties. In my view, I don’t think for a moment that Sierra Leone will thrive on the grounds of attack and counterattack. The government must focus on development and opposition parties in turn should engage in constructive criticism so that the government will realize its fault and fix issues where necessary.

It’s sad but significant enough to say that as politicians continue to call the electorates “Grass Roots” so they disrespect them with still born promises. In reality, the top grass can’t survive without the root. Similarly, politicians cannot capture the seat of power without the electorates. What I have understood over the years is that politicians must be properly scrutinized before given the chance to sphere head our governance system.

Shamefully, the “Grass Roots” vote on the basis of their tribal orientation or ethnic census. That has been the negative pattern Sierra Leone has been threading on in the west part of Africa.

The constant battle between the two dominant political parties in this country will not solve our problems. Since the establishment of SLPP in 1951 and APC in the 60s there has almost always been a do or die battle between them. I’m not oblivious of the fact that politics is a tough game, but the toughness of politicians must gear towards national development. On the reverse, politicians do fight at the detriment of the electorates whom they called the grass root.

WHAT MUST BE DONE TO CHANGE THE NARRATIVE OF THIS COUNTRY!!!

The main opposition party should avoid hatred and devastating malice for the government and the current government in turn should deviate from senselessly attacking opposition members. The grass roots must not allow themselves to be misused by politicians. That is to say, the electorates are expected to be wise in making choices in relation to our national leadership. There is more to Sierra Leone than APC and SLPP take note of that.

STATEMENT BY THE COMMISSIONER OF NaCSA ON WORLD REFUGEE DAY 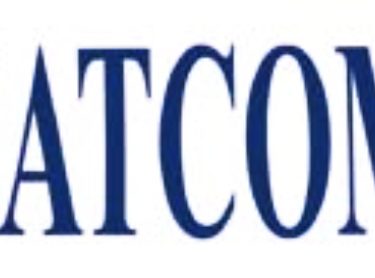