The Blazing Tanker and Were we Went Wrong!!!!

Home - Boxing - The Blazing Tanker and Were we Went Wrong!!!!

This paper is not for apportioning blames neither is it a political message. But in preventing crimes or events of public health importance from reoccurring we need to first understand where we went wrong first as a nation and specifically as government agencies or apparatus.  Few minutes after the oil tanker collided and started oozing gas unto the tarmac a post went viral showing people gleefully scooping gas into jerry cans and carting them to unknown destinations. Poverty is an expensive commodity which one cannot easily take away from some sect of society such as those that are embedded among people living in the east of Freetown.

Specifically there was one lady (probably in her mid-20s) in an extended video that went viral could be seen dancing in front of the leaking tanker. On my way to Bo on Saturday I purposefully decided to drive through the route where the incident occurred the previous night; specifically among other things to inquire about the dancing lady in white sleeveless top with arm strings. Unfortunately I was told on Saturday that she was a groundnut trader who had left her wares to scoop some gas from the leaking tanker; she was one the earliest victims of the inferno. Her death shows the level of quick-rich desperation that has engulfed many Sierra Leoneans today. Hers like many others could also be an indicator of the degree of poverty masquerading among Sierra Leoneans today. Years ago such incidences were familiar occurrences in oil-rich Nigerian states mostly in states were Shell operates and ‘stole’ billions of dollars’ worth of oil while the land owners reeled in abject poverty. The all-too familiar story of Kenule Beeson “Ken-Saro wiwa from Bori, Nigeria and his quest to liberate the Ogoni land people was all about oil wealth, making the Ogoniland oil owners rich as well as the environmental protection of Ogoniland. So we the collective citizenry failed to own up to our responsibilities to protect our lives and property. Many of the victims of last Friday inferno unfortunately also in fact had nothing to do with pilfering of leaking gas; many were merely returning home from their daily hustling chores when the vehicles they were in got trapped in the inferno and were later railway-roaded to their deaths….what a sad way to ends one’s life.

So HE Bio interestingly from the environmental but geopolitical COP26 conference in Glasgow (in which US’s Joe Biden rode in an 80 car convoy and still had the audacity to talk about cutting carbon footprint) had to cut short his foreign extended trip to Accra, Ghana to sympathize with relatives and family members of those who perished in the Friday inferno. As always Bio is a man in a hurry; he was immediately taken to the scene of the event. What a great statesmanship! Bio heaped praises on almost all government sectors that were engaged in saving lives and properties that night; the first responders, medical and security personnel.

But were there any shortcomings from the expected first responders especially the Disaster Agency and ONS in their ability and attempts to salvage the situation? I think their effort came too slow.              From forensic video auditing, the viral video that showed the dancing lady in front of the leaking tanker was 20 minutes long. That video was a close shot as even the communication taking place between the people scooping gas from leaking tanker could be heard distinctly. This suggests that the video shooter was doing the filming comfortably with no clear presence of danger. This is further buttressed by the visual quality (optics) of the video. If a video of such quality lasted on average 20 minutes it implies it would have taken at least an hour or so for it to have been shot, processed and circulated. The time elapsed would have saved lives and properties that day.

In disaster prevention and management, the time it takes for the first responders (ONS, medics, DMNA etc in our case) to arrive at a scene of a disaster in called IDEAL RESPONSE TIME-IRT. The IRT in the US is on the average 8 minutes. Agreed that the IRT is challenged by so many externalities yet it is disheartened to say the least how comes 20mins to an hour would have elapsed with no first responder arriving on the scene leading to such a ghastly loss of human lives and properties.  From the event of Friday night it is clear that our disaster management apparatus are mainly reactionary rather proactive.

There are some lessons to be learnt from our loss last week such as having a disaster map for all our localities; with localities with high risk for disaster having adjunct disaster management secretariat that serves as surveillance offices for their HQ. These surveillance disaster management offices will serve as first responders and will hold the fort while they await the arrival of reinforcements from their main HQ. In a country with an unreliable road networks, poor transportation systems, disorganized human settlements, traumatic human behavior and attitude even towards simple things like saving lives and properties, surveillance disaster management offices in high risk areas will actually save lives; simply because the only thing that lies between the risk for a disaster occurring, hazard and vulnerability is the time element; and this was absent and came in too little and too late. 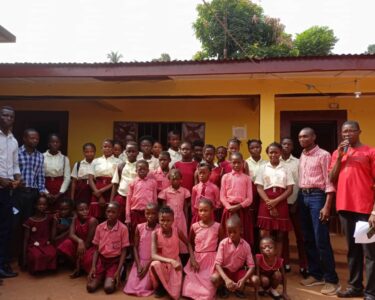 The Future Is Bleak and Miserable