A young labourer came to a restaurant one evening for a meal. The owner engaged him in a conversation and found out that he was saving to bring his family to the city so they could get a chance at a better life.

He had an aged mother, a wife and two young sons who he hoped to give a good education so they could have a more decent life. He had just arrived the city and found some menial work at a scrap metal site down the road. It was going to be his only meal of the day and he could only spend a few cents.

The owner was impressed with his hard work and diligence, and his family values. He encouraged the labourer and wrapped his meal for him. He took his order personally and told him that it would cost him 50 cents.

Several years went by and the labourer stopped at the restaurant every evening to get his one meal of the day and chat with the restaurant owner who always encouraged him and asked about his aged mother, his wife and young sons, and how his plans were going.

Finally, the labourer came by one evening with a happy smile on his face. He had bought a modest house in a good neighbourhood with a good school for his boys and he had just sent for his family to join him.

The restaurant owner was very happy for him and congratulated him. The labourer then told him that he was in a mood to celebrate and he would be spending an entire 5 dollars on his meal that evening.

The restaurant owner told him it was well-deserved, wrapped up his meal and he went on his way home.

When the labourer got home and opened up his meal pack, he was shocked to see that it was the same type of food he had been having every day for the last 6 years.

He was very disappointed because he had been looking forward to a feast to celebrate his big achievement.

He certainly deserved something better after scrimping on his meals all those years. He was mad at the restaurant owner and felt robbed of his money and his celebration.

He felt he had been cheated by his very good friend.

He immediately went back to the restaurant to make his complaint. The restaurant owner had already left and he met one of the staff with whom he was quite familiar.

“Say, John, I think you guys gave me the wrong meal pack today. You see, I got this same type of meal every day for 5 cents but today I am celebrating and decided to spend 5 whole dollars at your restaurant. But I was cheated and got just the same meal as every other day!”

“Well, sir, this is our most expensive meal and it costs 5 dollars!”

It suddenly dawned on the labourer that he had not been cheated at all by his friend. In fact, the restaurant owner had been giving him their best meal which cost 5 dollar for 50 cents for 6 years! He felt very ashamed of himself for thinking that his good friend had cheated him.

“It’s all a misunderstanding then,” he said and turned to leave quickly to hide the tears in his eyes.

“One minute, sir,” said the staff. “My boss said you were going to come back and that I was to give you this bag.”

When the labourer opened the bag, he found all the 50 cents he had ever spent at this restaurant. Unable to hold back the tear now, he sat down on a bench and wept quite unashamedly. He had judged too quickly, He’d felt entitled and a little prideful because of his sense of arrival, He had repaid kindness with suspicion and anger; He had failed to give proper thanks where it was due…

Because he had been unable to see or recognise the hand that was behind the scene helping him all this time!

Friends, sometimes because we don’t yet have the car and the house and the fine things, we fail to recognise the simple things that God gives us daily. And so we are ungrateful and unappreciative and even a little entitled when we go to Him to complain about the things we don’t have. We are prideful of our little achievements when we have a few fine things or feel like we have arrived.

But does God condemn us? Is He mad at us? Does He take back everything because of our foolishness?

Like the restaurant owner, even though He gives us of His best and always looks out for us to encourage us, He is there to pick us up when we stumble or fall. Even when we don’t see or appreciate His goodness and kindness to us, He never stops being gracious and kind to us or tires of hearing our complaining and griping. In fact, He opens His storehouse and gives us more!

Today, this very moment, stop and consider God’s goodness and then you might want to say a prayer like this:

The Repealed Criminal Libel Law: an Epoch of Media Emancipation in Sierra Leone 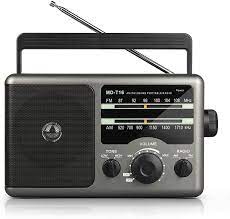 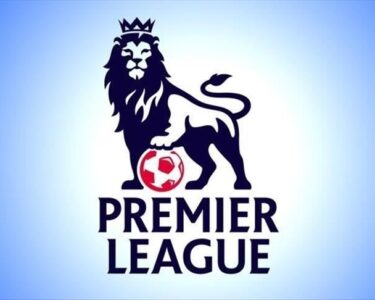 How every Premier League team got their nickname,…