Home - Commentary - STATEMENT BY HIS EXCELLENCY, THE PRESIDENT, DR JULIUS MAADA BIO IN COMMEMORATION OF THE INTERNATIONAL ANTI-CORRUPTION DAY, 2019

Fellow citizens, Every year, on 9th of December, we observe the International Anti-Corruption Day. The Day is observed across the World to bring Governments’ attention to the dangers of corruption and the urgency to combat this menace. It also provides an opportunity to raise public awareness and promotes international cooperation on the fight against corruption. In Sierra Leone, corruption has caused us untold sufferings, including the brutal decade-long civil war.

Over the years, corruption has also undermined our economic development, discouraged foreign direct investment, perverted the Rule of Law, negatively affected service delivery to citizens and ruined our country’s international reputation. We cannot continue to allow these to happen.

The seriousness my administration has attached to the fight against corruption has been remarkable. This has been demonstrated by the dynamic and pro-active leadership of the Anti-Corruption Commissioner, as well as, the extraordinary commitment of the entire staff of the Commission. They deserve not only our public commendation but also our collective support and motivation.

Fellow citizens, as we continue to intensify the fight against corruption, we must also be proud as a Nation of the progress we have made so far. My Government is rated among the best three in Africa, in the area of Government’s effectiveness in controlling corruption by Transparency International’s Afro Barometer Report 2019. More importantly, there has been a startling improvement in the Millennium Challenge Corporation Scorecard in the area of ‘Control of Corruption’ with a pass mark of 79 percent, making Sierra Leone eligible for the MCC Compact Grant. We have moved from 49 percent in 2017 to 79 percent in 2019, making Sierra Leone one of the top performers on the ‘Control of Corruption’ indicator.

In almost two years under my Administration, the ACC has been able to recover over Eighteen Billion Leones from corrupt individuals. Crucially also, vehicles and properties acquired from corrupt proceeds are being returned to the state. Additionally, a Special Anti-Corruption Division has been established to try corruption cases with greater speed and efficiency. And the Anti-Corruption Commission recorded a very high conviction rate of all cases it charged to court in 2019. We have intensified the pay no bribe campaign that impacts directly on citizens’ confidence in public service delivery.

Today, more and more citizens are demanding explanations from public officials in the dispensation of their duties. We are investing additional resources to support the work on the right to access information while at the same time undertaken public sector reforms designed essentially to enhance transparency and accountability in the use of public resources and strengthening systems and processes.

My Government has also supported the Anti-Corruption Commission to develop and launch the National Anti-Corruption Strategy 2019-2023. The aim of this strategy is to provide a comprehensive and holistic approach to the control of corruption in both the private and public sectors. All these efforts have reinforced public and international confidence in our fight against corruption which largely explains my government’s successes in several international performance benchmarks.

Fellow citizens, it is also important to note that, I have given my assent to the Anti-Corruption Amendment Act, 2019, which seeks to close the gaps that existed in the 2008 Act and to produce greater results. The objective of this Law is to make corruption a very risky and costly enterprise for those who engage in it. This is in fulfillment of the commitment I made in my address at the State Opening of Parliament in May 2018, that I will strengthen the Laws to make corruption an unfashionable way of life.

This is why the Africa Continent is Backward!!! 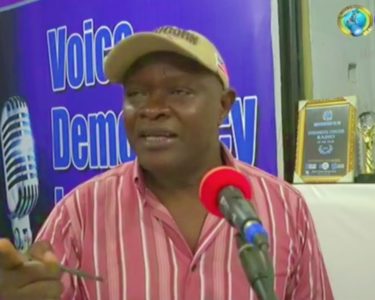