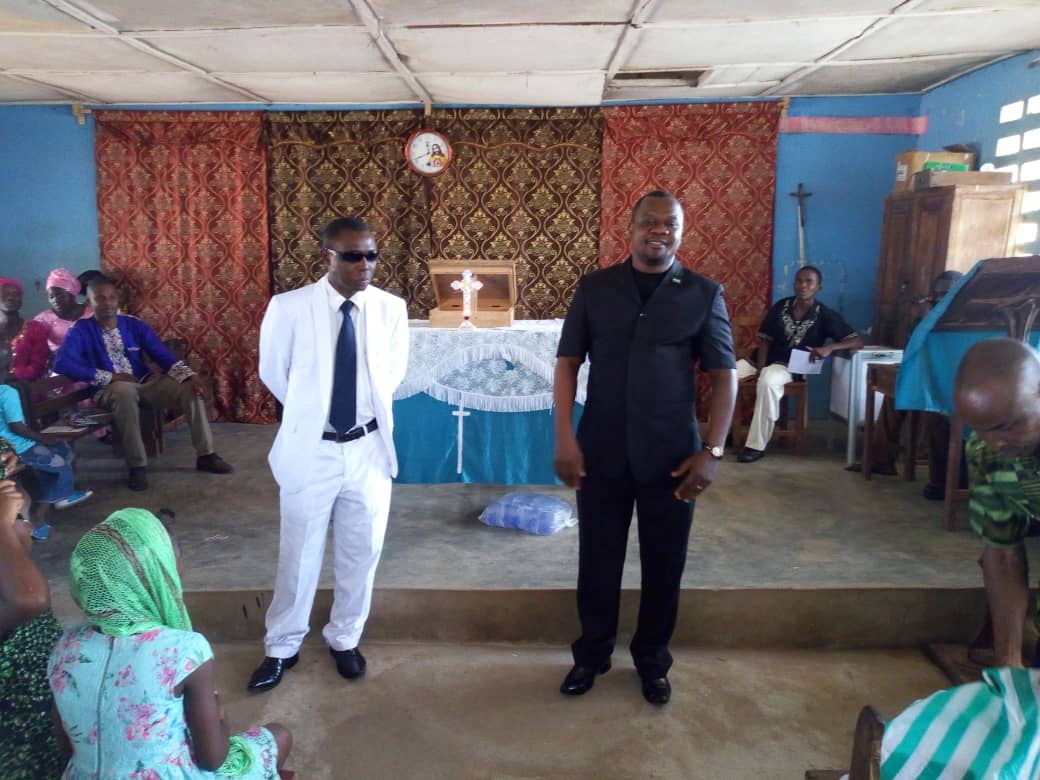 Announcing the result Mr. EC Kuyateh pronounced Mr. Easmond Moiguah as the Chairman elect who pulled 48 votes out of 71 votes cast as against Madam Esther Koker who scored 18 votes while Madam Mary Massaquoi got 5 votes.

As per the power invested into the Returning Officer Mr. EC Kuyateh, pronounced Madam Esther Koker as the Vice Chairperson elect.

Speaking at the closure of the polling, the outgoing Chairman Mr. Abu Amara, the Human Resource Manager of Socfin, thanked the congregation for his tenure and congratulated both the Chairman and his vice.

In his post-election speech Chairman elect Mr. Easmon Moiguah profusely thanked the congregation and called on all to unite and work for the progress of St John God’s Church.

The Chairman elect promised to make the congregation strong and stronger and once more encouraged all to unite noting that with unity the sky remains the limit for St John God’s Church in Sahn Malen which had become a cosmopolitan township home to all nationals and now a Technical College the very first in Pujehun District.

The Chairman and Vice elects are yet to be inaugurated at a special ceremony during which the team will be blessed by the Parish Priest ,Rev Fr. Johnbull Christian Brashay and Rev.Fr Donald Joseph Smith .

It must be stated that the Chairman elect Mr. Easmon Moiguah has roundly been congratulated by Chiefdom elders, Chiefdom Speaker SR Moiguah on behalf of Hon PC BVS Kebbie.