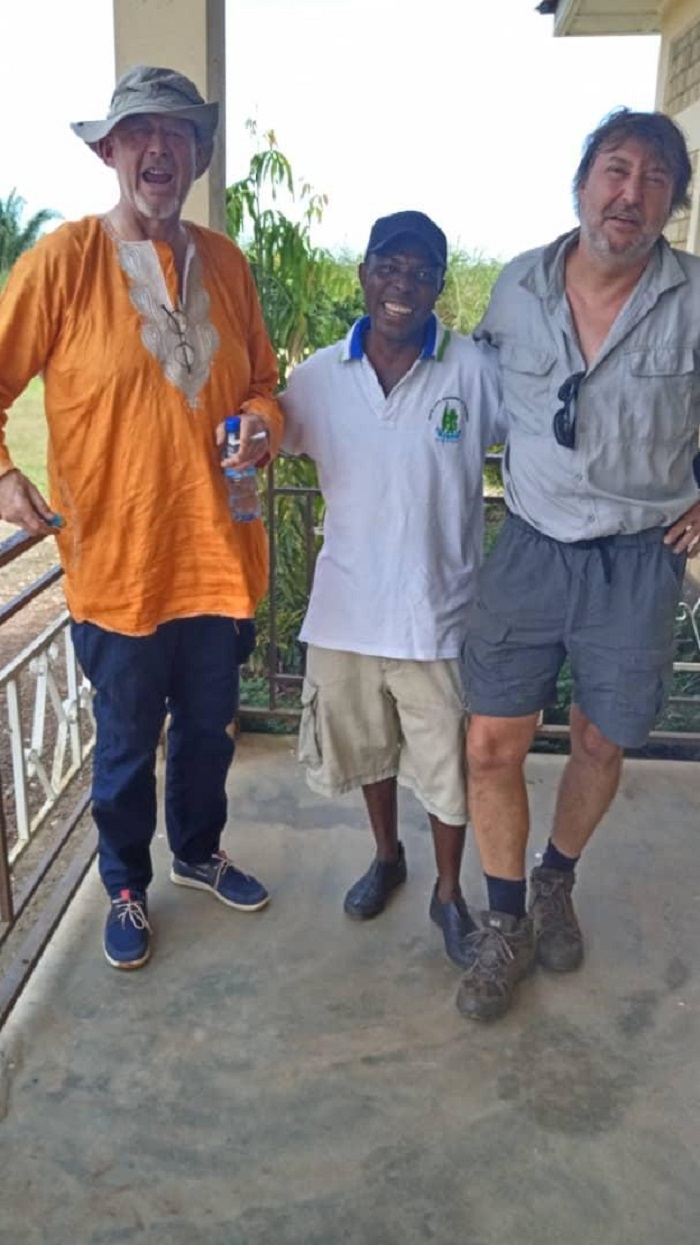 The plantation records a total amount of over 31 billion Leones paid to land owners in land compensation for Economic trees .

The project employs over 2,460 seasonal workers to carry out plantation activities as well as 1,091 permanent workers, amounting to 3,551 workers.

Most of the above workforces are from the surrounding communities with others drawn from all four corners of Sierra Leone.

The team as usual was seen rubbing shoulders with local chiefs including Hon. PC BVS Kebbie , Chiefdom Speaker SR Moiguah, and various others including towns and sections chiefs together with land owning families within the concession area in calm and peaceful atmosphere .

Speaking in a nationwide broadcast, both Mr. Gerben Haringsma and Mr Johan Michaels who double as Shareholders of Socfin Sierra Leone, professed being natives of Malen Chiefdom and that they were no visitors but are coming back home to once more see their fellow natives and to see the development of the plantation and those of the CSR undertaking, nothing that is incumbent upon Socfin to continue to rebuild war torn Malen and help revamp the economy for which they remain very proud of.

Of immense importance the board members once more encouraged the local authorities and various stakeholders to continue to reconcile their differences with the view of promoting peaceful coexistence if the much needed development activities are to continue as ongoing.

The home comers commended the stand pronounced by Hon PC Kainpumu of Bum Chiefdom to join forces with all stakeholders including the security forces to tackle the protracted fruits theft which has the potential to derail the impressive CSR underway.

Responding to questions both Shareholders stated that the sum total of 140 million US dollars put into the project is yet to be recovered, possibly in 2023 or so adding that more expenditure is still being made in respect of the ongoing extension of the mill from thirty tons to sixty tons per hour.

Amongst many others both board members praised the chiefs, management and staff of Socfin for doing a good work.

Concluding the two reassured the government of HE President Bio for their ever increasing support while counting on President Bio’s led govt for continues support in return.

Beware… Rebel Youths on the Rampage