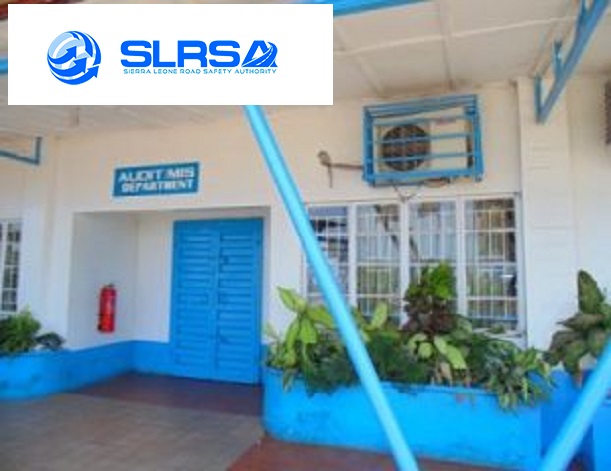 As His Excellency the President, Rtd Brigadier Julius Maada Bio calls for mandatory use of Passenger Manifest the Deputy Executive Director of the Sierra Leone Road Safety Authority (SLRSA) has on Thursday 25th June, 2020 engaged Transport Stakeholders on the enforcement of the use of Passenger Manifest. Mr. James Baggie Bio informed stakeholders present that the meeting was geared towards beckoning the call made by His Excellency Rtd. Brigadier Julius Maada Bio on easing lock down measures in the country, “the president has made it clear that despite easing some of the restrictions on inter-district movement, there should be mandatory use of passenger manifest for all commercial vehicles engaged in Intercity and district movement” the Deputy Executive Director echoed.

Mr. Bio stated that, the SLRSA has the statutory mandate to coordinate the transport industry, one such way is the printing of passenger manifest and distribution among the National and Regional Executive membership of the drivers’ union, the authority will collaborate with the Sierra Leone Police to  ensure the presidential order is enforced to the latter. Henceforth the use of passenger manifest is mandatory on all commercial vehicles plying through mile 38 and other major checkpoints across the country, Mr Bio affirmed.

The Deputy Executive Director maintained that, the public needs to support the government of Sierra Leone to flatten the curve on COVID-19 and call on the drivers’ union to ensure they have competent individuals to Mann the manifest and ensure details of passengers are taken before departure.

On her part, the National Traffic Coordinator of the Sierra Leone Police Superintendent Zainab Mbalu Cline-Thomas said the use of passenger manifest is enshrined in the Road Traffic Regulations and it has been in existence, however, it use will now be mandatory and enforced across the country, she called on the leadership of the drivers’ union to cooperate with the SLP and the Road Safety Corps.

Responding, the president of the driver’s union Mr. Alpha Bah mentioned that his office held several consultative meetings with key stakeholders in the health sectors on the use of passenger manifest, he informed that, the NACOVERC was pleased with the specimen of the manifest produced by the SLRSA, he said his administration has closely worked with the SLRSA to ensure that the manifest reaches all lorry parks in the country. Mr. Bah informed that the union has served as an implementing partner to the SLRSA in its policy formulation. He assured that, the drivers’ union will play its part in ensuring drivers use the manifest.

Mr. Augustine Kaitongi, Director of Safety and Enforcement of the SLRSA, said, “the Road Traffic Regulations of 2011 part 13, Regulation 52, sub regulation 1 to 5 explains the use of passenger manifest for inter-City vehicles”, he furthered that, regulations 52, subsection 6 explains the fine of the use of manifest; “A person taking charge of a public vehicle who fails to comply with this regulation commits an offence and is liable on conviction to a fine not exceeding Le 400,000 or  imprisonment for a term not exceeding six months or both fine and imprisonment”  Director Kaitongi explains. He went on to say for effective and efficient use of passenger manifest the SLRSA is committed to working with the executive of the drivers’ union, and that the union should ensure that her constituents are fully involved in the process.

Meaningful contributions were made by the Director of Transport SLRSA, the head of the Indigenous Transport Owners Association among others.

All stakeholders present made a commitment to enforcing the use of passenger manifest and support the new direction government led by President Bio to flatten the curve on COVID-19.