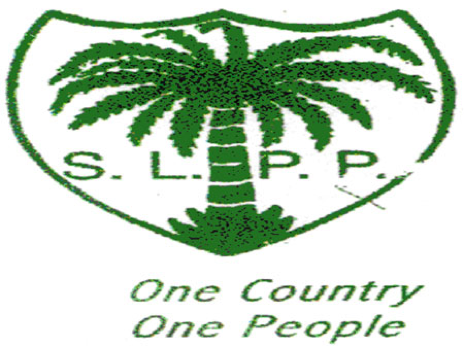 In a bid to compliment the desire of His Excellency the President, Dr. Julius Maada Bio, cross section of Marshalls in Kaffu Bullom headed by Mr. Albert Manie have established a forty (40) acres farm land to cultivate different varieties of crops within the Kaffu Bullom Chiefdom, Portloko District.

According to our reporter, Albert Manie has personally sponsored the Marshalls to grow different varieties of crops such as rice, cassava, potato, water mellon etc to help cushioned with the food security in the country.

The latter deemed it wise that food sufficiency is a national concern and they are willing, ready and prepared to make Sierra Leone self-sufficient.

“Our Nation will not be totally independent if food is not sufficient for the citizens” he said, noting that he will do all he can to actualized food sufficient in the country.

It could be recalled that agriculture is one of President Julius Maada Bio flagship Programme for Sierra Leoneans to engage in agriculture across the country to help mitigate the proliferation of imported food to the country.

In attendance at the meeting was the SLPP’s Regional Public Relations Officer North West, Mr. Adikalie Marie Kamara who also doubles as a founding member and Senior Adviser to the Party’s Marshalls in Kaffu Bullom Chiefdom.

“We are extending our hands to the Agriculture Ministry and other line Ministries and organizations to come onboard and compliment the effort of the SLPP Marshalls in Kaffu Bullom Chiefdom in the area of Agriculture” he explained.

Is the ACC Serious About Fighting Corruption?

Embezzlement… Teacher on the Run