Dauda Black Kamara, son of the legendry APC Campaigner, late Abu Black Kamara, had posted many appeals from his Las Vegas home in Neveda State, USA, appealing in the social media groups for supporting to cherish the position of APC Diaspora Youth Leader, but if he is elected, his futile attempt to clinch the APC Parliamentary seat for a constituency in Freetown in the 2018 election is still marred with the same plight, government has not yet lifted the ban on two-Sim holders to contest parliamentary elections.

Mr. Mathew Gbondo, an SLPP would be aspirant in the 2018 parliamentary elections for a constituency in Blama Bo, lives in Swansea in the U.K still hailed by his voters has it voice to tell reasons why his recent visit to Sierra Leone motivated to gain support was thrown in the dustbin with the reply “just too early to discuss that” disappointedly he says, that except President Bio uses his veto power to nullify or cancel the dual citizenry hold ups neither parliamentarian is ready to favor its lifting according to him it entails how they have discovered a “Garden of Fortune” whose deliberation makes one rich and lives a much more comfortable lifestyle as compared to his yesteryears plight.

But, the bubble is not only left with nationals with dual citizenship living in the Diaspora.

Back home, Madam Margaret Bangura, who lived in Maryland, USA for fifteen years, holds a BSc degree in Business Administration, diploma in Accounting, a dual citizenship victim could not go back 2018 parliamentary seat for Lower Yoni Chiefdom could not go back after withdrawing all her account in Maryland bank, returned in 2017 almost spent 55% of her income, to conduct a pre-symbol award season, could not go back to start life a fresh as a single woman, Margaret is at present working in a private Account firm earning 60% lesser than what she used to. She believes staying home is better and the lifting evitable now or later. She expressed satisfaction for being in her birth place, at least to get a better understanding of Sierra Leone politics rather than coming from the diaspora and appointed to head an institution of which you have no knowledge of and as she concludes with no regret, “This has caused a lot of academic doctrines applied in our everyday policies” 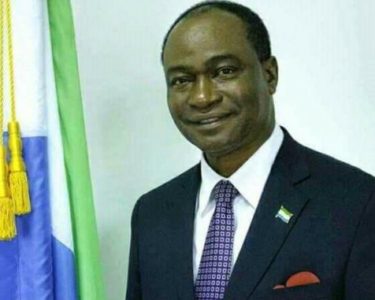