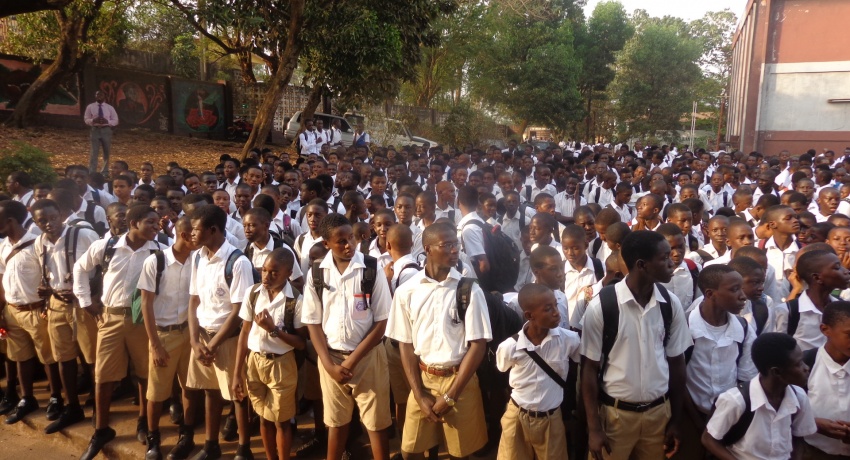 In a bid to inculcate good moral behaviors amongst secondary School pupils and further broaden their academic horizon on the laws and justice system of Sierra Leone, Christian Lawyers Centre hereinafter referred to as LEGAL LINK has successfully conducted the 1st Inter- Secondary School QUIZ competition on the laws and justice system in Sierra Leone.

Eight Schools were selected to participate in the pilot phase but only four were able to go through the auditioning exercise successfully.

The quiz competition was hosted live at Star TV and the elimination series took place on Saturday, 23rd November 2019.

On the 30th of November 2019, King Fahad and Muslim Brotherhood battled for the third position and King Fahad emerged victorious winning a consolation PRIZE of le 500,000.

The battle for the first position was between Sierra Leone Grammar School and Beacon High School and indeed it was a real clash of the titans.

But despite the heated battle, Sierra Leone Grammar School narrowly edged Beacon High School at the final rounds of the quiz and took home the star PRIZE of le 1,500,000.

Beacon High School, the runners up, took home the second PRIZE of le 1, 000,000 while the best quizzer prize and best behaved school prize went to the Sierra Leone Muslim Brotherhood.

It was indeed a successfully quiz competition and many dignitaries, secondary school authorities and viewers have appealed to LEGAL LINK for such to be repeated next year and in a wider dimension so as to incorporate many schools including those from the provinces.

Thanks to STAR TV and all those that contributed to the success of the Quiz competition.