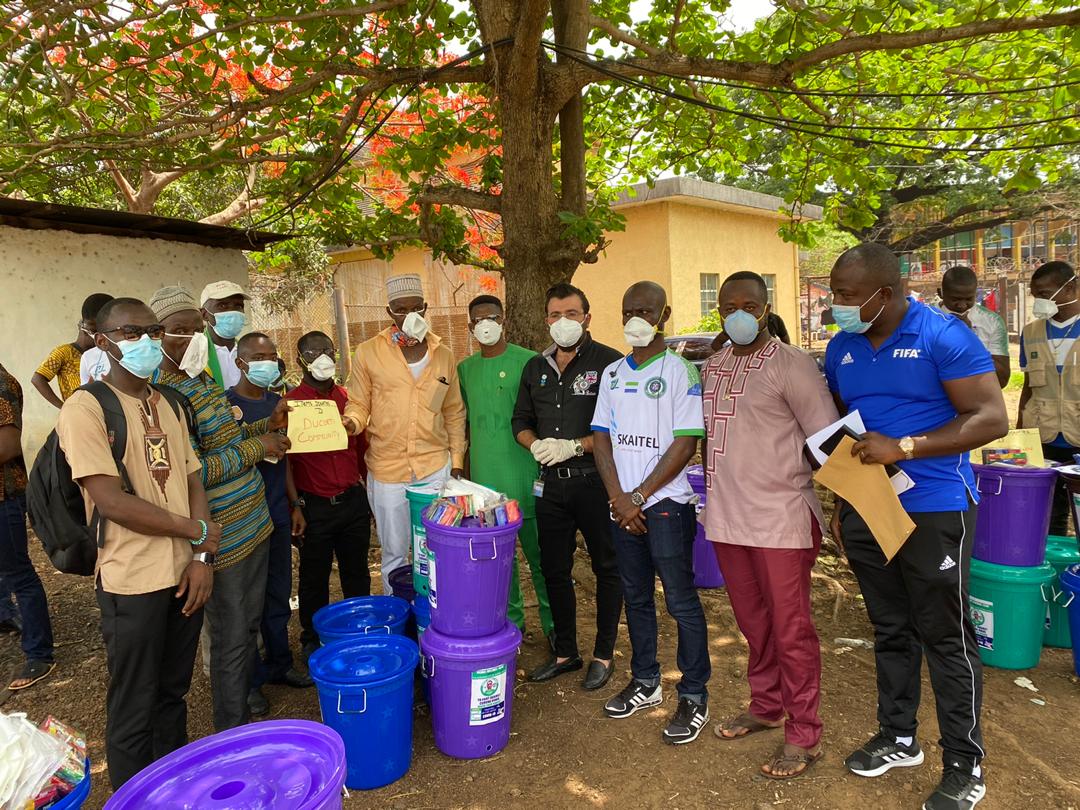 The donation was done at the Ministry of Sports, Bishop House Brookfield’s, and Freetown. The benefitting communities include, Kroobay, Kingtom, Congo town, Thompson Bay and Docorty Communities. Seven Veronica Buckets, Antiseptic soap and facemasks were donated to each of the five communities.

According to the Chairman of Sierra FC Ibrahim Conteh, the donation is in line with complimenting the Government of Sierra Leone in the fight against the global pandemic Coronavirus Disease.

“With the support of SKAITEL SL LTD and Ambassador ALIE SKAIKAY, Representing the World Service Authority-Universal Human Rights Organization in Sierra Leone, we are able to make this donation to these communities as a way to help in the fight against the spread of COVID-19”, he said.

Chairman Ibrahim furthered that, Friday’s donation is a start to many donations within different communities in the Western Area Urban and Rural Districts.

“The present Coronavirus scourge is indeed tough times not only in Sierra Leone, but the world at large.

And in tough times like this, the Sierra Football Club and the Real Madrid Supporters/Fan in Sierra Leone together with UHRSL, thought it fit to help in curbing the COVID-19 through the provision of these preventive items”, he remarked.

Mr Conteh ended by thanking the Ministry of Sports for their support to the Sierra FC and the promotion of sports in the country.

In his statement during the handing over ceremony, the Minister of Sports, Ibrahim Nyelenkeh, praised Sierra FC and the Real Madrid Supporters/Fan and Amb. Alie Skaikay for the kind gesture to the Government for the fight against the common enemy.

“In times like this, all in our capacity should do something in helping Government in stopping the spread of this invisible enemy”, he said.

Mr. Nyelenkeh called on the benefitting communities to make great use of the items donated by implementing all the measures stated by Government to stop the spread of Coronavirus in their communities.

On speakers during the donation ceremony were the Deputy Minister of Sports, Kai Lawrence Mbayo, and Permanent Secretary of the Minister of Sports, Sports Ambassador, Charlie Bio and the General Secretary of the Sierra Leone Football Association, Christopher Kamara. They all praised Sierra FC and the Real Madrid Supporters/Fan for their kind gesture and also called on the communities to make great use of the items donated 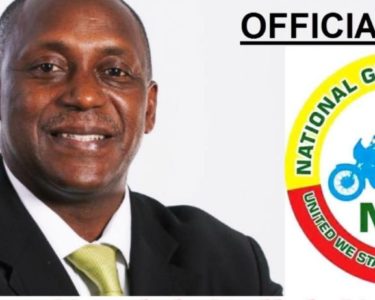 IS IBRAHIM BUNDU THE ULTIMATE SOLUTIONS TO APC’s PROBLEMS?