SHEKA SAMA IS NOT WORTH CRYING FOR!!!! 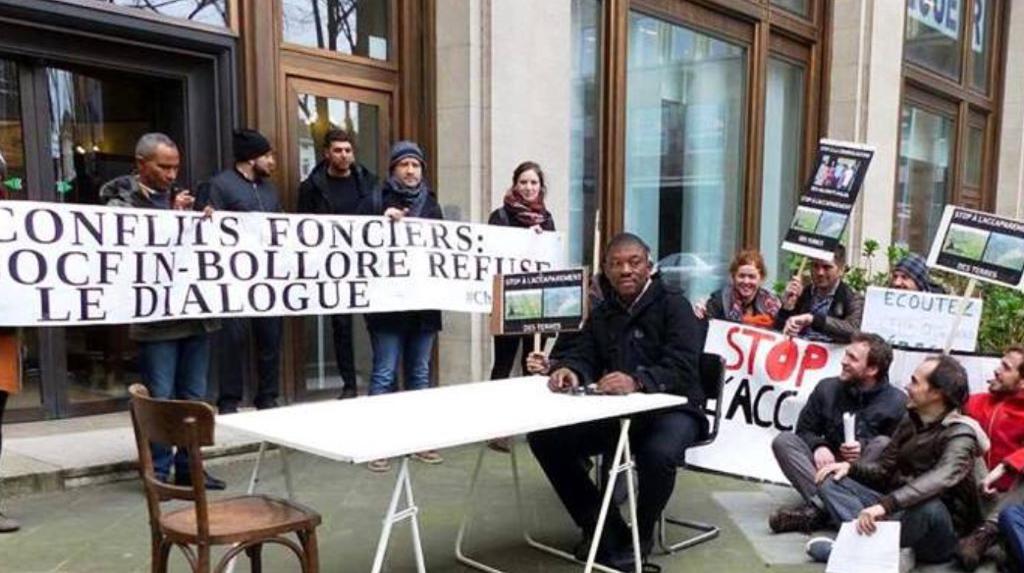 The Sierra Leone Peoples Party (SLPP) should pay great attention to the cynical movement of Hon. Sheka Sama who’s doing all possible movement to defect to the SLPP before the 2023 elections.

Information reaching this medium revealed that certain members of the SLPP in Pujehun are lobbying the powers that be for the latter to have easy access to the palm tree family which will give him the mandate to contest under the ticket for the SLPP in the 2023 elections.

Now, it could be recalled that during the 2018 elections Hon. Sheka Sama promised the All Peoples Congress Party that if the Koroma administration gave him amnesty to contest the 2018 elections he will pledged his support and commitment to the APC throughout the elections.

Victor Foh and the Attorney General hastily gave Sheka Sama amnesty for him to be able to contest the election as Member of Parliament; though the latter has being found guilty by laws of the land as criminal; which automatically striped him from contesting any elections.

Joseph Kamara and Victor Foe failed to take due diligence and hurriedly pardon the latter.

Immediately he received the letter from the Attorney General and Law Officer Department Mr. Sama was all over the place singing songs of praise for the All Peoples Congress Party.

Six months to elections Hon. Sheka Sama was saying all sorts of negative things against the All Peoples Congress Party to the vexation of his Victor and Joseph.

These are all evident for the SLPP to know that Hon. Sheka Sama should not be trusted as he his penchant was to have a field day in doing his anti-activities in constituency 104.

Hon. Sidi Tunis and Hon. Dixon Rogers are quintessential persons and should not allow Hon. Sheka Sama to drag them into the mud which will have a ripple effect to the party in Pujehun District.

Hon. Sheka Sama is not a trusted allied one should out his/her trust due to his proclivity to satisfy his mischief purpose which members of his constituents are complaining him on a daily basis for his lack of oriented activities in his constituency.

Sheka Sama very well know that he has lost admiration and popularity in his constituency and the better way to regained such is to declared for the Sierra Leone Peoples Party.

The cliché here is that 80% of his supporters that voted for him during the 2018 elections have openly denounced Sheka Sama for his non-involvement into activities in his constituency.

A senior member of the SLPP in Pujehun openly say if his party allowed contests under the party emblem it will be a suicidal mission for the party in the district.

“We will vote for the President, Chairman and Councilor but will never vote Sheka Sama under the SLPP symbol,” they warned, noting that the SLPP is not a dustbin for self-seeking and desperate politicians.

The writing is boldly printed in the wall for the leadership of the Sierra Leone Peoples Party to unequivocally learn from the past before making decision on who should represent the party adequately.

Constituency 104 can boast of hundreds of loyal supporters of the party who have worked tooth and nail to bring the party back to power.

It’s on records that Hon. Sheka Sama is defiant to development in his constituency despite the numerous compliments given to him by the chiefdom authorities to see how they can give his constituency a facelift.

How Sheka Sama can openly defied the local authorities by telling his constituents to disregard local Laws for traditional rites?

Why should Hon. Sheka Sama tell his constituents to take the laws into their hand by stealing the agricultural fruits and also doing local processing in their local shrine?

The issues are numerous as if he is the only Member of Parliament in the country who continued to incite his people against development.

His constituents have seen the lights at the end of the tunnel by denouncing his cynical activities to the public.

President Julius Maada Bio should be watchful of Hon. Sheka Sama. He’s simply not worth crying for.

As Hundreds Leave MALOA Big Set Back for Sheka Sama