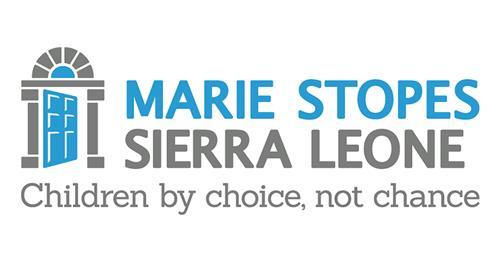 The Sexual Offences Act of 2019 amended by the Bio led administration, according to observers, has led to the increase in the rate of teenage pregnancy wherein over one thousand pregnant girls sat to the WASCE and a whooping five hundred more got pregnant while taking the BECE exams this year.

According to Emmanuel Jah of Marie Stopes, this act does not permit them to give contraceptives to teenagers.  As for the Children’s Commission and the Teenage Secretariat at the Ministry of Health and Sanitation, they believe one way to reduce the high spate of teenage pregnancy is by allowing teenagers to access family planning which contravenes the provision of the Act by law.

According to the Deputy Chairperson at the Children’s Commission, Ansumana Fabulleh, the commission believes in the preventive aspect and awareness raising as key to the fight against teenage pregnancy in the country. ”If our girls are prevented by the experts, the issue of teenage pregnancy will minimize”, he argued, adding that the culture of silence wherein parents see it as taboo to discuss with their children about sex should not be encouraged if they want to prevent the girl child.

The Coordinator, Teenage Secretariat at MoHS, Patricia Bah said the idea of taking girls through family planning is a preventive measure. She said the high rate of teenage pregnancy is alarming noting that our girls need to be prevented through contraceptives like captain band, coil, pills and the like. She stressed on the need for teenagers to be given access to the clinics calling on parents to support their girls in the prevention drive.

With over three decades of existence in Sierra Leone, Marie Stopes have created nineteen School Health Clubs including boys in senior secondary schools trained on sexual reproductive health, with fourteen mobile outreach clinics across the country. Though the District Health Education Officers designated by this government are ill-equiped due to funding, Marie Stopes have partnered with them together with the District Medical Health Team (DHMT) to raise awareness on reproductive health.

In the entire country, only Karine and Falaba districts are left out in so far as reproductive health is concerned as there is no presence of Marie Stopes for the girls to easily access them for prevention against pregnancy. In Sierra Leone, according to UNICEF 2018 report, two out of ten teenage girls have given birth.  The cultural and religious background of Sierra Leoneans affects sexual reproductive education as most parents desist from talking about such topic.

It could be recalled that the ruling SLPP administration amended the Sexual Offences Act in 2019 due to the high rate of rape against girls.

Man Cries for help in Prison