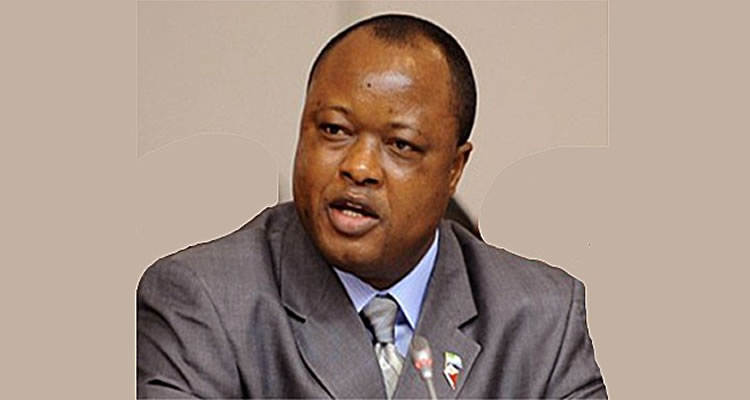 It is said that a week is a long time in politics but it seems that the memories of our politicians in the All Peoples Congress go back much further even if their actions are never guided by history.

This week sees a much trumped up NAC meeting that had reinstated Alhaji Samuel Sam-Sumana as a member of the APC but the letter he was presented did not explicitly say this nor does the indicative commentaries by the Party’s National Secretary General do the same. Instead, we have a jubilant though somewhat demurely celebatory Samsumana addressing his own people that he was  well on his way to the APC, quoting biblical texts to his fellow C4C cohorts that he goes to the APC to prepare a place for them to follow along and join him there later.

While many would view these happening with circumspect, this author sees a much more cynical ploy being enacted on the APC and a dastardly manoeuvring of players to destroy the peace and sustainability of the party.

However, what is more significant is the length to which these political manouverings in the APC are solidifying the NRM stance and their call for a more open and transparent method of getting things done in the party.

Many in the APC want Samsumana back because they now see that his expulsion was contrived and ill-conceived in the first place. The party did the man a grave injustice and we are paying for that error by the loss of a whole Presidential election. What we do to right that wrong must not in itself constitute another error or injustice.

The NRM have always stood for one simple. Principle and that has been democracy. It is nothing more or less to expect that people should be treated fairly in whatever vocation they find themselves nor is it a bad thing to expect political leadership to be a transparent and accountable process.

Now that we are at this juncture, the messages that come out of this are not too encouraging. As some would say, the optics are not too good. Many would now begin to ask, why was this man explex from his party at such a crucial time to turn the people of an entire district and tribe against the Party and cost us so much damage?

At the other end of the scale, the issue now portends as to what position he would be vying for on his return to the Party.

What is more confusing is the fact that even this decision to bring him back may be contested because it was done in contravention to the Court order already imposed on the APC. In the true manner of their old ways, it seems that the current leadership is being emboldened to. Act with impunity and to disregard the effect of their actions on other interested parties.

All the same, people should begin to see why many reasonable people are against the imposition of personalities on the APC, why some are opposed to the continuance of this executive in office and so why some are diametrically opposed to any further hold on the party by its Chairman and Leader.

Now, with all of the political ramifications of this decision to absolve the former VP of all blame and to “forgive” him by the party’s NAC, the NRM would rather leave such matters to the people to ponder but from my reading of their position, it is this rampant disregard for form and structure that they oppose.

The message is simple to understand. It is not whether Samsumana should be admitted back to the Party that is the case but how that is done is what matters most and from the answers to questions put to the APC NSG and so the tone of the letter, Samsumana is still out of the APC and his return still not yet the done deal he has told his own supporters about!

From all of this that are happening now, it is becoming clear why people with sound judgment in the party are saying that the NRM has a case and the current leadership are not doing the party much good by resisting the call for a settlement so that the party can move ahead to iron out these wrinkles before the 2923 elections.