Sam Sumana Back to Base!!! 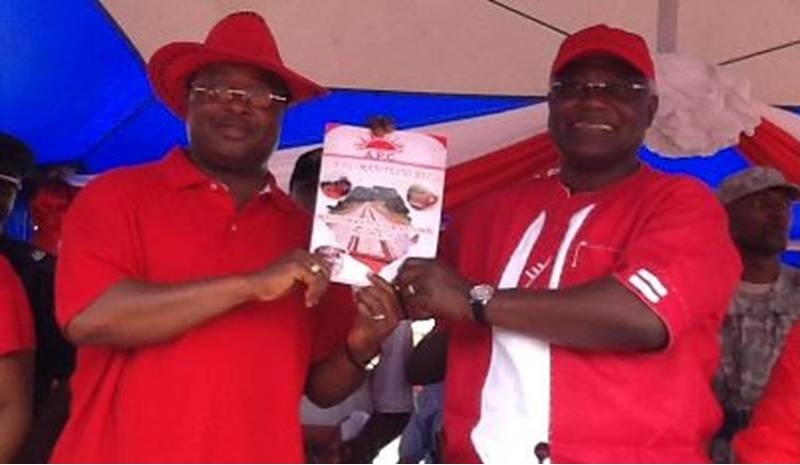 A press release signed by the National Chairman of the Coalition for Change (C4C), is currently in circulation in the social media calling on Zonal Executives, Chiefdom Executives, Constituency Executives, District Executive Members, Members of Parliament of C4C party, the Mayor and the District Council Chairman, all Councillors of C4C party, all coordinators, stakeholders, party stalwarts and the general membership of C4C party to an important consultative or dialogue meeting today 17th December, 2019 will see the later publicly declaring for the APC.

The importance of the meeting according to the National scribe cannot be overemphasized as the Leader; Chief Sam Sumana has very important information to share with the various stakeholders of his party to have a consultative or dialogue meeting.

According to our Kono correspondence the main purpose of the meeting was to have a consensus amongst members of C4C for a possible returned to the All Peoples Congress Party ahead of the party delegate’s conference in Portloko next month.

However, information from the diamond ground reveals that both members of the All Peoples Congress and Coalition for Change have being having dialogue meetings for both parties to have a common ground and see how they can merged ahead of the 2023 elections.

It is not a secret that the 2018 elections see C4C clinch 90% of all seats in the district which seriously crippled the All Peoples Congress Party in the elections and eventually put the APC into an opposition outfit.

Reliable source from Kono have informed this writer that all the chiefdoms in the district will be available in the meeting which will give the former Vice President more grip in his quest to pitch tent to the All Peoples Congress Party.

Sam Sumana who has being described as the political landlord of Kono District is expected to address thousands of party members/supporters at the Kumba Satta Amara Resource.

According to the National Chairman of C4C Tamba R. Sandi said Sam Sumana still remains to be the most popular politician in Kono and by extension the country.

The adage ‘Your brother is your brother’ is now on the lips of the Kono people across the district.