In the opening week of the year 2020, the Sierra Leone Correctional Service deployed Psychosocial- Counseling to six Corrections Facilities outside Freetown (Western Area Urban), with funds provided by the United Nations Development Programme and the International Bureau of Narcotics and Law Enforcement.

The Centres to which the practice has been spilled include: Waterloo Pre- Trial Detention and Simulation Centre, Port Loko, Makeni, Bo, Kenema, and Kono. Twelve Psychosocial Counsellors were sent, two to each of the said Centres. The six Centres have been chosen because the Officers- in- Charge of them have been overseas to see how Psychosocial Counselling is practiced.

The practice, according to the Director General of the SLCS- Mr. Joseph Lamboi, is one that focuses on redeeming inmates from their offending ways, with a view to tune their minds into acceptable societal bandwidth.

“Our transformation from Prisons to Corrections has been accompanied by numerous positive changes, and Psychosocial Counselling sits on top of all of the ingredients of Corrections. Most inmates come into our Centres bad, our aim is not to discharge them as worse, but better citizens.”_

He said the Mandela Rules, which is otherwise referred to as the Standard Minimum Rules for the Treatment of Prisoners makes it abundantly clear in No. 4 (1) that: The purposes of a sentence of imprisonment or similar measures deprivative of a person’s liberty are primarily to protect society against crime and to reduce recidivism. Those purposes can be achieved only if the period of imprisonment is used to ensure, so far as possible, the reintegration of such persons into society upon release so that they can lead a law-abiding and self-supporting life.

Mr. Lamboi said Psychosocial Counselling can also be referred to as Case Management, Probation, Para- Psychology, among others.

In 2018, he reprised, the SLCS selected thirty graduate officers from recognised Universities to be trained in the ways of Case Management, by a local entity (Life by Design), adding the training lasted for three months.

“Upon the completion of their training, they were sent to the Pademba Road Male Centre, Reintegration Centre, and Female Centre in Freetown to pilot what they had learnt. Since then, they have recorded some successes such as: re- uniting inmates with their family members who had abandoned them on account of the crime they committed; inmates without skills have been identified and sent into one of our rehabilitative programmes; those who lost hope and self- belief have regained them, and more importantly, Case Managers have been very useful in getting the spade work done in communities from which these offenders hail in order to ensure their re- integration is smooth.”

Mentioning why it took this long for the practice to be deployed up- country, the DG said they were waiting for additional funds from the UNDP & INL, because _“the practice is financially demanding”.

PRESS RELEASE ON THE DISCOMFORT OF COMMUTERS, SCARCITY OF DIESEL AND THE EXPLOITATION METED OUT ON THE PUBLIC BY DRIVERS THROUGH HALFWAY DESTINATION. 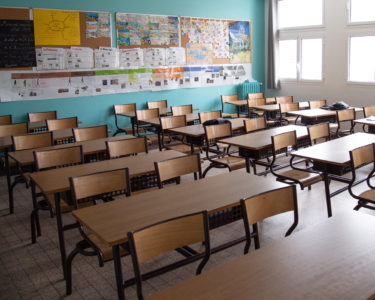