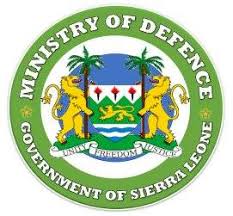 “We are not a political institution,” he said; affirming that their obligation is to serve the government of the day.

“RSLAF is apolitical. Our obligation is to serve the people and by extension the legitimate government of the day,” he affirms.

The Brigadier was speaking about the welfare of servicemen with respect to social media postings alleging that military personnel have not been receiving their salary and rice supply. He, however, dismissed the allegations as untrue, malicious and misleading.

He said: “The welfare of our personnel is very paramount. I can affirm that RSLAF personnel have been receiving their salary and rice supply regularly and timely.”

Brig. Bangura said the misleading post can be alluded to political abracadabra but warned that anyone who attempts to smear the image of RSLAF by using its name for cheap political propaganda will face the full force of the law.

He advised the public to beware of mischievous rumors and falsehoods paraded on WhatsApp and Facebook and encouraged the media, civil society and MDAs to seek clarity on issues that bother on the welfare, morale and integrity of their personnel.