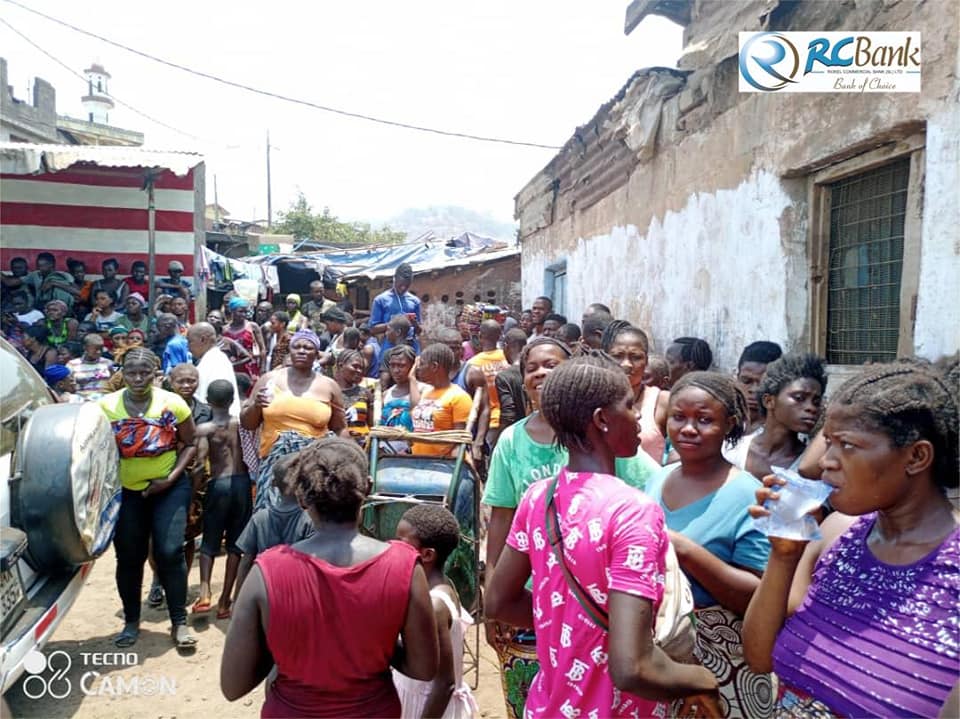 With a hefty donation of assorted food items and clothing worth millions of Leones, Rokel Commercial Bank has become the first corporate institution to come to the aid of victims of the Susan’s Bay fire disaster.

The raging inferno which broke out on Wednesday 24th March consumed more than half of the slum (about the size of 10 football fields) that holds an estimated 1,000 inhabitants on the coastline of the Central Business District of Freetown.

RCBanks Public Relations Officer, Rev Spilsbury Williams in a somber tone said the bank as an indigenous bank felt compelled to stand by the people in this time of distress and emphasized the bank’s commitment towards its corporate social responsibility at all times. “Charity begins at home and Rokel Commercial Bank is your own bank…the bank of the people. We will always stand by you through thick and thin.” He said.

Section Chief for Susan’s Bay, Pa Alimamy Kamara who received the donated items on behalf of the fire victims recounted the suffering his people have gone through since the disaster and commended Rokel Bank for being the first institution to respond to their plight. The Chief however appealed for temporal shelter to house the victims – most of whom have been sleeping rough in public spaces around the slum area.

Councilor for the area, Madinatu Kamara also appealed for more assistance by calling on other institutions to emulate the Rokel Commercial Bank.

“This bank has really demonstrated that it cares for the people and we shall ever remain grateful for this timely and wonderful gesture. Some of our people have gone for three days without eating a decent meal but these food items will be distributed in a judicious manner so that the real victims benefit”* she said.

In a conversation with this medium, the Managing Director of Rokel Commercial Bank, Dr. Walton Ekundayo Gilpin said the bank remains committed to one of its core principle of being the people’s bank and that adherence to its corporate social responsibility is non-negotiable. “At times like these, we need to give back to the people and this is also about complementing the efforts of government which from every indication is working tirelessly round the clock on disaster mitigation” he said.

The sense of desperation and anguish was palpable as poor inhabitants managed to scoop out whatever little that was left of their gutted homes. 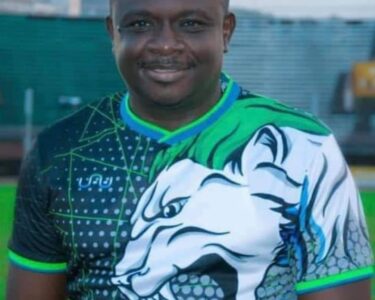