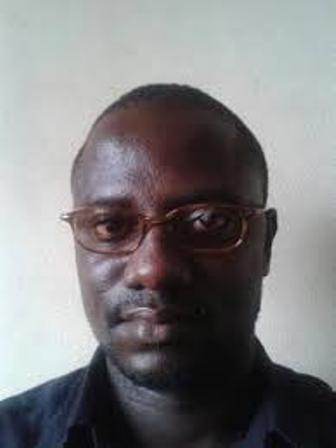 A bill entitled ‘The Public Order (Amendment) Act, 2019’ has been gazetted. It seeks to “amend the Public Order Act, 1965 (Act No. 46 of 1965) by repealing Part V which deals with defamatory and seditious libel and to provide for other related matters.’ This followed Cabinet’s approval to repeal same. The next destination in the repeal process is Parliament.

A bit of history

The Public Order Bill was introduced in Parliament in 1965 by Sir Albert Margai, the second Prime Minister of Sierra Leone. He apparently influenced parliament to enact a law that would serve as a sledge hammer to silent his critics and members of the opposition. Parliament, nonetheless, enacted the Bill despite the serious opposition (Kamara, J, 2007). The 1965 Public Order Act (a substantial extraction from the U.K Libel Act 1843 when it existed) is widely considered to be draconian and out of tune with the tenets of fundamental human rights. The fact that journalists are more often still faced with the threat of incarceration for publishing defamatory matters makes the POA archaic, redundant and empty of purpose in this day and age (Jamiru, 2016).

At a national consultative conference in September, 2016 at the Miatta Conference Hall, Youyi Building in Freetown, to discuss the reform of Part V of the Public Order Act of 1965, the stakeholders (including the Law Reform Commission, Sierra Leone Police and civil society organisations) unanimously agreed that criminal libel law should be repealed.

Some people still hold the view that Sierra Leone should not repeal her criminal libel law. The reasons are that the country is not prepared to do so; there is no replacement of the law and the journalists will go haywire if the law was repealed.  For others, in addition to the violation of freedom of expression principles, the retention and use of the law undermine the country’s democratic credentials.

Dealing with the ‘vacuum argument’

Some people are asking about the replacement of Part V of the 1965 Public Order Act when repealed.  To those people, I say there is no vacuum. This is not a question of replacement; it is a human rights issue. Progressive democracies have decriminalised libel.  International best practices frown at criminal libel law. Sierra Leone cannot be an exception.

In Sierra Leone’s Response to the Second Cycle of the Universal Periodic Review Recommendations at the 32nd Session of the United Nations Human Rights Council, in Switzerland in June, 2016, Dr Mohamed Gibril Sesay, former Minister of State, Ministry of Foreign Affairs and International Cooperation noted that “Sierra Leone continues to address concerns relating to the protection of Freedom of Expression. The Attorney General and Minister of Justice is engaging stakeholders with a view to review, repeal or amend legislation such as the Public Order Act (1965) that tend to compromise the enjoyment of freedoms.” This response was made about three years ago. Sadly, the then government took no action to ‘review, repeal or amend the legislation’.

The Truth and Reconciliation Commission (TRC) Report has long recommended that “the laws creating the offences of seditious and criminal libel should be repealed.” The TRC Report continued that “Restrictions on the freedom of expression represent a fearful State; it reflects a State that has no confidence in its ability to promote and disseminate its doctrines in the marketplace of ideas (TRC Report, 2004). The Human Rights Commission of Sierra Leone has year in year out called for the repeal of the law in its annual reports.

If the international condemnation and the country’s poor rankings in global press freedom indexes, and the national recommendations to repeal the law do not convince certain people, then let us look at the root of the law of defamation.

Defamation has its roots in the law of tort, which is essentially civil law. In Sierra Leone there is Act No. 32 of 1961 which has as its short title ‘Defamation Ordinance, 1961’. It is “an Ordinance to amend the law relating to Libel and Slander and other Malicious Falsehoods”. So, there is no vacuum when the provisions on criminal libel are repealed. There is already a civil defamation law.  Don’t tell me it has not been used. There are decided cases in which media institutions have been found wanting.  The right of people to go to court is still guaranteed under the civil libel law provisions. If the protection of people’s reputation is what all of us seek to achieve, then the civil defamation provisions guarantee just that.  The question then is: what do we gain from criminal libel law other than imprisoning the journalists and criminalising their trade/profession?

Emmanuel Saffa Abdulai Esq. at the launch of the Society for Democratic Initiative‘s 2016 State of the Media Report while reiterating the call for the repeal of the Criminal and Seditious Libel laws in the 1965 Public Order Act stated that “a journalist should not go to jail for writing and publishing stories…. The practice of journalism could only be enhanced through a civil libel law….”

The IMC Act and Media Code of Practice

There is already an Independent Media Commission (IMC) regulating the media using the Media Code of Practice. Amidst the huge financial and technical difficulties plus lacuna in the law that creates it, the IMC has brought some sanity in the media landscape. So again, there is no question of replacement, but rather strengthening the IMC and providing the necessary resources and support (financial, technical and legal).  The IMC can go a long way in regulating the media if it is given powers to enforce its decisions and rulings, secure the appropriate monitoring devices and organise mobile complaints hearing sessions across the country.

We have come a long way in the repeal process. Many SLAJ Presidents, including Hon. Ibrahim Ben Kargbo, Umaru Fofana, Kelvin Lewis and now Ahmed Sahid Nasralla have taken the repeal campaign far and wide. With support from the United Nations Development Programme (UNDP) through the Media Reform Coordinating Group (MRCG), there had been series of initiatives, programmes and activities on legislative and regulatory reforms of the media.  Those initiatives have culminated into the review of the IMC Act and the Media Code of Practice as well as the Sierra Leone Association of Journalists Code of Ethics. A number of other organisations in the country, including the Sierra Leone Bar Association, have supported the call for the repeal and organised and/or supported training sessions promoting a free and responsible press. The MRCG with support from the National Endowment for Democracy (NED) in the United States of America had organised several regional and national meetings in the country advocating the repeal of criminal libel law and educating media practitioners and civil society organisations about provisions in the Defamation Ordinance, 1961. Editors and station managers have been informed about provisions in the civil law protecting individuals and the possibility of the courts ordering damages (fines) they would pay if they crossed the lines. The old age argument about media institutions/practitioners being ‘men of straw’ (they are poor and cannot pay fines) is a hypothesis/supposition with no evidential basis. In the first place, the goal is to ensure that journalists avoid any breach of ethical and/or legal provisions. If they do because we are humans, even the current Defamation Ordinance, 1961 (Section 7) makes provision for an offer of amends for ‘unintentional defamation.’ For those journalists/media institutions who will fail to ‘make an offer of amends’ and are eventually found liable and ordered to pay a fine which they are unable to honour, the courts have a way of dealing with any ‘man of straw’. The point is that the journalism fraternity understands the processes and knows exactly how to perform in the post repeal period.  In countless occasions, media practitioners and institutions have been told by SLAJ that the Association is advocating the need for a free and responsible press.

Sierra Leone’s repeal approach has some safeguards as compared to her neighbour, Liberia which had repealed criminal libel law.  Liberia repealed her criminal libel law through ‘The Table Mountain Declaration’  (initiated in 2007 by the World Association of Newspapers and Newspapers Publishers during the 60th World Newspapers Congress and the 14th World Editors Forum in Cape Town, South Africa), and ‘The Kamara Abdullah Kamara Act of Press Freedom.’ The Table Mountain Declaration urges governments and authorities in Africa to repeal criminal defamation law.  Even after repealing criminal libel provisions, to date, Liberia has no national Media Commission or a Media Code of Practice like Sierra Leone. But the heavens have not fallen down after the repeal. In Liberia, media complaints are handled by the Grievance and Ethics Committee which has been transformed into the National Media Council (promoting self-regulation) set up by their own national journalists association, the Press Union of Liberia, the equivalent of SLAJ.  Sierra Leone has the IMC, which is a statutory body and yet people are asking for alternatives.

The outcome The repeal would open up the space for the growth of the media industry in the country.

Many institutions and individuals would invest in the media industry. There will be a more professional and responsible media. There will still be systems of media regulation anyway; the court will be there to interpret and enforce civil libel law provisions, the IMC will enforce the Media Code of Practice while the SLAJ Disciplinary Committee will reign in on errant members. Media houses will be encouraged to abide by their editorial guidelines/code of ethics.

History will be kind to those who would make this repeal process happen; they would have unshackled the media from the shackles of criminal libel law.  We cannot continue to operate within the ‘what if’ conundrum; what if the media performs badly in the post repeal period? I strongly believe that the heavens would not fall. To the media, this is a challenge. Let us prove our critics wrong. At any rate, this is not ‘power without responsibility’; rather it is freedom that goes with responsibility.  Let’s do this for God and country.

Francis Sowa (Ph.D.) is a journalist and lecturer at the University of Sierra Leone. He serves on the Board of the Independent Media Commission (IMC) (representative of SLAJ) and is currently Chairman of the Media Reform Coordinating Group (MRCG).