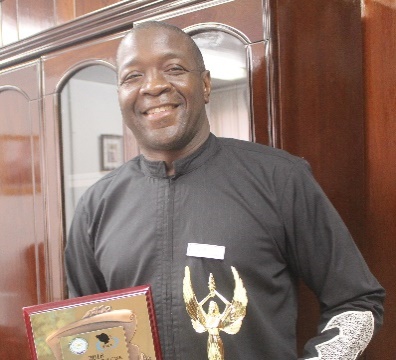 I there is much talk about RCB with regard its upward and fast progress in the space few years. From a position of weakness, the RCB is now considered among the strongest of the commercial banks in Sierra Leone and perhaps in the West Africa sub region. This was archived through his vast experience working at the international institutions and a couple of national institutions. Dr. Gilpin has done to RCB what what Bill gate has did for Microsoft . It is like a dream come true one day RCB was nowhere to be seen or heard because it was weak . The other commercial banks including foreign owned banks were all lording it over the then only indigenous banks in the country _the RCB. Then along comes Dr. Gilpin and as if he simply waved a wand _whoosh Things started to change at the RCB. Customer care improved and and so did the banks outreach programs, customers rushed to open accounts at RCB; RCB: Household Name to Contend in S\Leone several pro poor programs and low interest rates were introduced for students and other lowincome earners to acquire loans to make their lives better. Numerous other programs and other interventions have taken RCB from a simple face.RCB is now a house hold name contend with when it comes to banking services in Sierra Leone. Any doubt, the likes of Dr. Gilpin abundance in Sierra Leone and especially so in our banking sector. With more managers like Dr. Gilpin, our ceremony would not have been in a sad state it is today. In other words, it is even mooted in some places that had we had a head as Dr. Gilpin as Bank Governor, the economy might not have in the state it is with all respect to the Bank Governor.

SLRSA: Political Will at Work