One key topic that buzzed the social media in the past weeks is the health speculation of one Sierra Leone’s music icon,Sama Pupa BajahSesay aka Pupa Bajah or D Lyrical Paparell.

Fans became worried and totally saddened when the CEO of Dry Eye Crew shared photos of him on his Facebook page. It is however clear in the photos that the one-time fastest rapper has dropped in his physique, which many interpreted as a sign of ill-health, others suggesting he might be on drugs.

The Brooklyn based Sierra Leonean star told Vertex Media that he is fine. “Yeah I will love to get you some info just for the love of the nation; my health is great, I played soccer mostly everyday trying to keep fit to carry on my journey. You know we people Dem feel say big body na health. All praises to the most high,” he said.

However, Bajah had wanted not to respond to such speculations or insinuations about his personal self, especially on his physical appearance and outlooks. “Sorry bro I am not trying to ignore you at all. I just don’t think I have to make myself clear on some random posts by some random persons. Am above that, No disrespect, one love hope you understand.”

Asked whether he has plans to do more music, he responded in the affirmative”…for sure, I keep you posted about future stuff. Hitting the studio soon for the world to feel the vibes, one love brother I got your info saved. Peace,” Pupa Bajah.

Pupa Bajah is one of 6 artists initially signed to the Dry Eye Crew label, with two groups, Jungle Leaders and Baw Waw Society (A Klass&Dovy), but later parted with Jungle Leaders when the CEO and Baw Waw Society moved to the United States over ten years ago. The label was the biggest hits maker in Sierra Leone in the periods ranging from 2005-09, but lost it all when they decided to settle in the US. They were the proponents of the afro beat kinda music in Sierra Leone with a blend of hip hop, funk and reggae. They had popular songs like ‘Angel’, ‘Happy Christmas’, ‘Mabinty’, ‘Po Go Na Doe’, etc. The crew had filled the Siaka Stevens Stadium and many other big arenas many times. Bajah himself got his breakthrough in 2004 with the hit single ‘Grap En Clap.’

Initially the US, the crew appeared on many big stages with live performances in many cities, but much has not been heard about the Dry Eye Crew of late.

The latest concerns on Facebook about his health and physical appearance brought Bajahto the limelight. Many say he looks pale and thin, and akin it to poor health or effects of drugs, but the superstar denied both to this media. A colleague told us he is a vegetarian too. He said he is into soccer workout to keep himself fit and carry on his journey.

APC Sure of Retaining Constituency 040 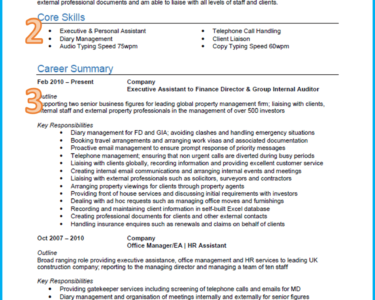