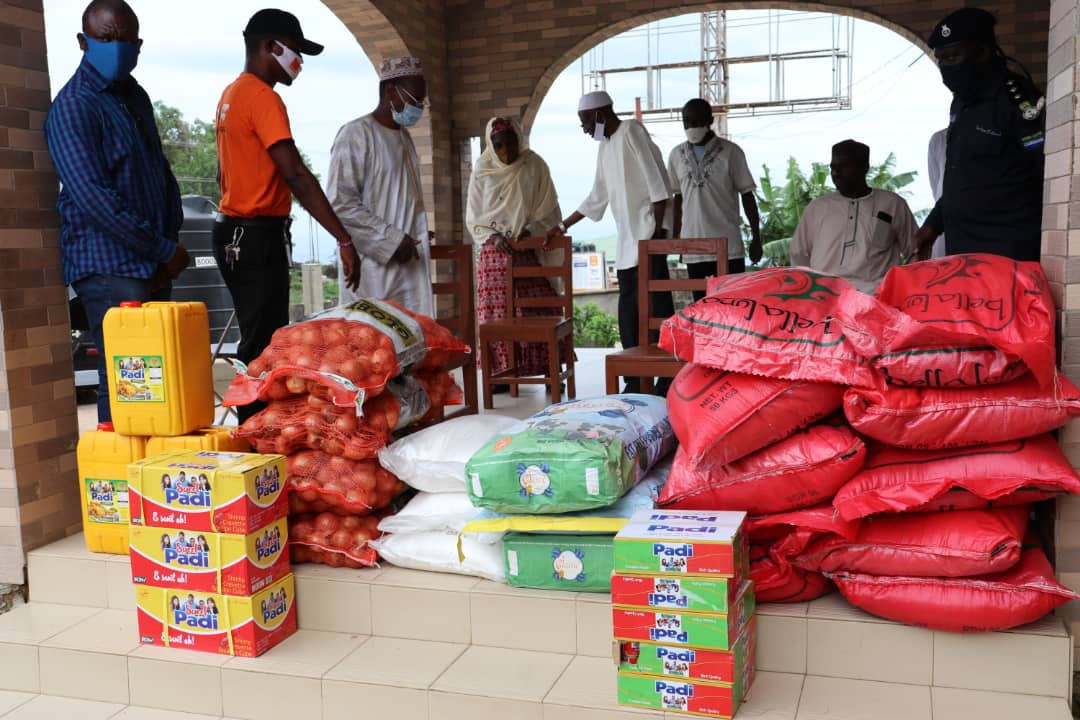 The donated items include ten bags of rice, several bags of sugar, onions, milk, sugar and Jerry cans of oil among others.

The donation is timely as it comes in the midst of the fast month and COVID-19 restrictions.

Making the donation, the Regional Business Manager in the Central Business District in Freetown, Achmed Mansaray entreated the Muslim community to accept the items in good faith.

The Regional Business Manager sees the beneficiaries of donation as worthy recipients of the donated items.

“You are the customers of Orange SL and you have been using our services throughout,” Mansaray says.

In his contribution, Orange SL’s Corporate Social Responsibility Manager, Desmond Spaine reminds the jamaat that the donation is a fulfillment of a key pillar of Islam-Iftar.

“Ramadan is a time of sharing, charity, love and harmony. It is a time to pray to Allah’s intervention into any crisis like the one the country is going through,” he said.

In addition, the Spiane says, the donation is part of Orange SL’s corporate social responsibility. Considering that the mosque is not too far from Orange SL’s office, he says, most of the staff go there for prayers especially the Friday congregational prayers.

“We perform prayers in the mosque particularly on Fridays,” Spiane said.

He also made it known to the Jamaat that the donation would have come earlier had it not been the outbreak of COVID-19 in Sierra Leone.

Mr Spane also used the platform to encourage members of the public to continue to adhere to rules and regulations of COVID-19 for a safe Sierra Leone.

“Stay alert and stay safe and observe the rules of COVID-19 prevention,” he rounded up.

Receiving the items on behalf of the Jamaat, Chief Imam, Chernor Mohamed Jalloh appreciated the kindness shown by Orange SL in a trying time the country faces.

“On behalf of ILMU ZIKR Jamaat, we thank God for this wonderful donation made by Orange SL. This is not the first time Orange SL has donated to the mosque,” Imam Jalloh commended.

The ILMU ZIKR imam made reference to the previous donations made to the Jamaat by Orange SL especially in the manner those donations were done.

“Last year, we saw how you did the presentation, but now, COVID-19 does not allow that to happen,” he said.

Imam Jalloh also warned all those present to protect their lives by adhering to COVID-19 precautionary measures noting that the act of protection is a command from Allah.

The company’s donations will not stop at the ILMU ZIKR mosque, but will be taken to different mosques across the country.

The Public Relations Unit of Orange SL had earlier informed Nightwatch that a number of donations would be made to different mosques in all regions in the country.

Thus, the donation at the ILMU ZIKR jamaat is not only the fulfilment of an earlier pledge made Orange SL but also the start of a long list of donations to be made by Orange SL.

Besides, Orange SL has remained in tight partnership with the government, Centre for Disease Control, The United Nations, Emergency Operations Centre to see a COVID-19-free Sierra Leone.

The telecoms company is poised to see that the country returns to normalcy and business flourishes.

CORRUPTION LOOMS WITHIN THE BO DISTRICT