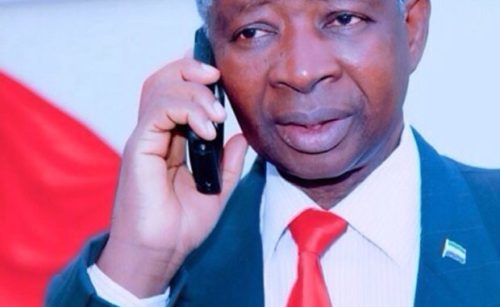 The Leader of the main Opposition APC party in Parliament, Hon. Chernor Maju Bah and other Members of Parliament today Thursday visited Dr Sylvia O. Blyden and other comrades detained at the CID HQ in Freetown.

She said Dr. Blyden also informed them that her life was under serious threat as certain CID officers told her that her arrest was to deflate her.

Hon Catherine continued that Hon Dan Y was also in custody for simply admonishing senior comrades of the party to take giant steps to curtail the things that were going on.

Comrade OKC too was apparently tortured by the CID officers and in critical health condition.

The visiting team therefore expressed their dissatisfaction with the condition of their comrades who are now subjected to ill-treatment in their detention.

“They are suffering, their condition is terrible, the MPs noted.

The APC Members of Parliament are now urging the government of President Julius Maada Bio to look after the country accordingly as things were graduating to an unbearable point.

Those Drumming the Idea of WAR!!!!