OBBA TO UPLIFT THE FACE OF BO SCHOOL

Home - News - OBBA TO UPLIFT THE FACE OF BO SCHOOL 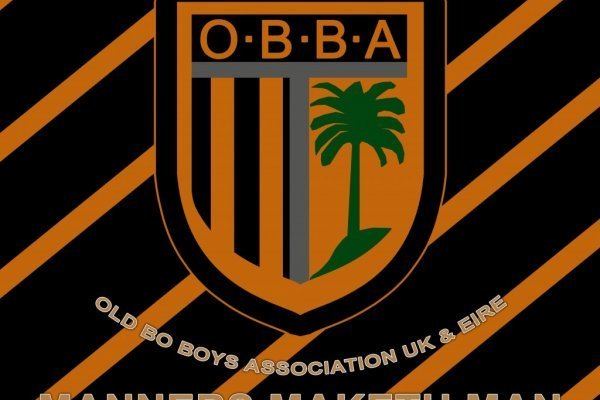 The Old Bo Boys Association (OBBA) is undoubtedly one of the strongest School Alumni in the country if not the sub region. This is because of the leadership the school and the association has been providing in the past 90 years of existence till date.

During the 90th Celebration of OBBA in April 2019, the President of the Association Professor Alpha T. Wurie, in his speech at the dinner, he committed on behalf of OBBA to uplift the face and image of the School not only on the academic fronts but also to create a better living and learning environment for the pupils. During the dinner session the President launched the “One-Man, One-Bed” Project in which he energised each member to buy a bed per pupil. The USA Branch immediately led this project and are currently about to deliver 400 bunk beds and 800 mattresses to the School.

The National Executive led by the President also thought it wise that the beds could not be delivered in a dilapidated dormitory. Subsequently, during the Executive’s visit to the North West Branch in Lungi, Portloko District as part of the regional tour, the President also launched the Le 80m dormitory rehabilitation project which included painting, electrical, plumbing systems and windows. The President demonstrated the commitment of the National Executive by cashing down Le16m as seed money to start the project. The North West Branch led by Ibrahim Sesay immediately took this initiative by pledging to take care of one dormitory (London), followed by the biggest OBBA Branch – The Western Area Branch who took two towns (Liverpool and Manchester). All other branches were encouraged to join in to support the initiative for town Paris.

The National Executive continues its determination to upgrade the school. During the Executive’s visit to the Sierra Rutile Branch, the President launched again another interesting and meaningful project, I called the ‘bed beautification project’ – the beddings! In his address to the Sierra Rutile Branch the President thanked members and branches who are supporting the rehabilitation project and also thanked the US Branch for the 400 beds. However, this could not be completed if we do not beautify the beds. On that note he launched the $5,000 (Le 50,000,000) bedding project for 1000 beds that cost Le 50,000 per unit. This will ensure that every boy on campus is guaranteed a well dressed and comfortable bed. He encouraged the Rutile Branch to pledge $1000 and energised this pledge by making a cash donation of $100. This inspiration led the Chairman of the branch to raise the remaining $900 among the membership in less than one hour after the pledge was made.  This is now a call for all other branches to support the project to provide comfortable and decent bed for the boys on campus with just Le50,000 per unit (Bed sheet and pillow case). The President also encouraged the Rutile branch to continue their support to the school with teaching assistance through extra classes especially in the sciences.

With these initiatives launched and delivery in progress, the school will be proud to have an improved school dormitory with colorful beds, clean and cozy environment come the beginning of next term ahead of OBBA Celebrations. Next year we will be celebrating with the boys in one voice.

This current Executive of OBBA led by Prof Alpha T Wurie have demonstrated that even though the School is 100% owned by the government of Sierra Leone. The Association continues to compliment the efforts of Government in ensuring that the conducive environment for boys are provided for a better learning.

World is closer than ever to seeing polio disappear for good