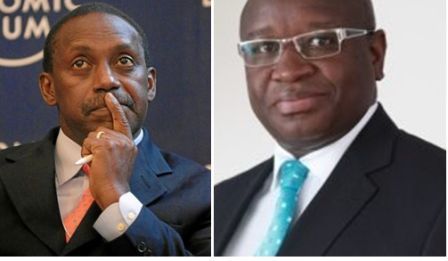 The National Grand Coalition has in their monthly press briefing explains the shortfalls of the Bio Administration and how they can resuscitate the economy.

Last month the Grand Coalition focused on a survey conducted on the current hardship being experienced by the common man in Sierra Leone.

In that briefing NGC, concluded that Government should consider the situation as an economic emergency and invite all the key economic operators (importers, retailers, trade unions, market associations, bankers, tax collectors etc.) to a round table that would provide a holistic view of the problem and recommend practical solutions.

According to political party, that Round Table has been summoned or organized, at least, not to their knowledge. Rather than that, Government embarked on its usual “damage control” stunts by sending its “Strategic communicators” to the media to tell the public about its achievements in correcting all the wrongs of the past Government.

Furthermore, in paragraph 22 of the budget Speech read to Parliament on 8th November 2019, the Minister of Finance viewed Di gron dry as a direct consequence of “high levels of unemployment especially among our youth”. This confirms our suspicion that there is some disconnect between the Government and the people. The problem of hardship in Sierra Leone has gone way beyond the issue of unemployed youths; hardship is strangulating the entire society, affecting those who have jobs as well as the jobless. Because it is our job as an opposition party to critically examine the work of Government and bring to their attention those areas where they are getting it wrong, the NGC will continue to represent those who cannot speak and be heard, those who keep telling us that “wi wey dae suffer, na wi borku.”

It is no secret that the purchasing power of the ordinary Sierra Leonean today is at an all-time low. Times are hard even for those who are employed. People now have to make hard choices. It has now become too expensive to prepare meals at home and some families have decided either to reduce the number of times they eat home cooked food or to resort to cookery entirely. It is indeed a disgrace that some of our countrymen should be eating stuff like bread and kanya, raw cassava and salt, bread and peanuts as their day’s meal. Look around you and you will clearly see hunger printed on the faces of people as they move around in their daily struggle for survival. Government has announced an increase of 30% for teachers’ salary and an increase of the minimum wage to Le 600,000. So the teacher currently earning one million Leones will soon be having one million and three hundred. Obviously, any single Leone added is better than none at all. However, we have shown in our previous press briefing that a family of four may need at least Le 42,000 a day or Le 1,260,000 a month to prepare home cooked meal or will be spending Le 20,000 a day (for one meal) or Le 600,000 a month if they depend on cookery. This means that the minimum wage worker who has a wife and two children (no in-laws or extended family members included) will be spending all his wages on one meal a day cookery for the family. And the teacher can feed him or herself, the spouse and two children (no in-laws or extended family members included) on cookery for the month and will be left

with only about Le 650,000 for rent, transportation, lunch for the kids, clothing, electricity, water etc. This is not a joke. People are suffering, struggling just to keep alive.

For the business people this means that sales are down; and they suffer too because they have mouths to feed. Take a walk along ECOWAS street and you will see that businesses are closing down. The Cold Storage bottling company has moved most of its operations to Guinea causing scores of employees to lose their jobs; suppliers and contractors who are owed trillions of Leones by Government are virtually in a state of limbo, waiting for Godot. When Government honours its commitment to local contractors there is more employment, money goes around and small businesses thrive. Today, this is not the case. Due to the heavy domestic debt accumulated by Government since the APC regime, contractors have to wait almost unbearably for payments to trickle down. Government owes local private companies over $340 million but has budgeted and can pay only $30 million this year. Some of them claim that only those who are well connected to the current regime are given priority consideration. This depressive state of business is another reason why di gron dry.

Talking about rent, there are many landlords whose sole source of income is the rent that they collect from their tenants. They too are subjected to the same rough weather conditions of the Sierra Leone economy. They buy from the same markets and at the same prices as their tenants. Previously they used to dodge paying city rates or taxes on their rent but as the City or Local Councils and NRA become more and more efficient in their job of collecting taxes, landlords are becoming more and more ruthless in dealing with their tenants. A young house help earning Le 3,600,000 per annum told a painful story of how her landlord flung her belongings out in the rain and kicked her out of the house when she could not pay the annual rent that he had increased from Le 1,200,000 to Le 2,500,000. These realities are what people are talking about when they say that di gron dry.

In these circumstances people find ways and means to survive, making use of and bending the system as best as they can. This is where the issue of bribery and corruption becomes complex and difficult to handle. Take the example of a police constable taking home Le 700,000/900,000a month. He relies on the complimentary bag of rice given monthly to all officers for his family to survive. Life at the barracks tends to attract extended family.

Average cop’s family includes not only wife and children but also in-laws, siblings, cousins etc. One police officer told our investigators that the supply of rice is sometimes delayed by five to six months. That is when the small police officer gets desperate and faces a serious crisis. Bribes from transport operators like the okadas, kekeh, poda podas and taxis become an extra source of income. While we deplore any form of bribery or corruption it is sometimes useful to know the context in which these evils flourish.

Of course the drivers complain about the “bookings” that they are obliged to do on a daily basis to earn the freedom of plying the routes without disruption by the police and traffic wardens; and at the Water Quay there is the “fast tracking” fee that one pays to simplify the most exhausting and frustrating process of clearing goods from the port. Everywhere people are finding illegal means of coping with the hard times. And of course in an environment where bribery and corruption become commonplace, big serious investors hesitate to come and do business.

Our Government has been travelling and making a lot of moves to attract big investors to this country. The country is still waiting to see how much significant investment would come out of these efforts. Besides, the Finance Minister in his last budget speech informed the public of some “Investment-friendly policies” such as reducing import duty on “raw materials, semi-processed products…” from 20% to 5%, Corporate Income tax from 30% to 25% and removal of the GST on aviation related charges. This is great; but there are other factors that big investors consider before deciding to operate in a country: one of them is the size of the market. With a population of seven million people, except for industries that extract our resources, Sierra Leone is not a very attractive market. We have already talked about our low purchasing power; it will be interesting to find out how many people in Sierra Leone have NEVER entered a supermarket or have no intention or chance of ever doing so. Besides, poverty has affected the mindset of our people so much that Sierra Leone has become a dumping ground for second or third hand goods including used clothing (suits, dresses, bras and panties!), used television sets, used coffee tables, used hair, used mattresses and all such unwanted stuff rejected by other countries. People prefer used stuff because original good quality products are deemed too expensive.

Another factor considered by investors is the political environment. In the past 12 months there has evolved a pattern of violence that has unfortunately defined a series of bye elections held.