Never Give Up Foundation Donates To Goodwill Children Foundation 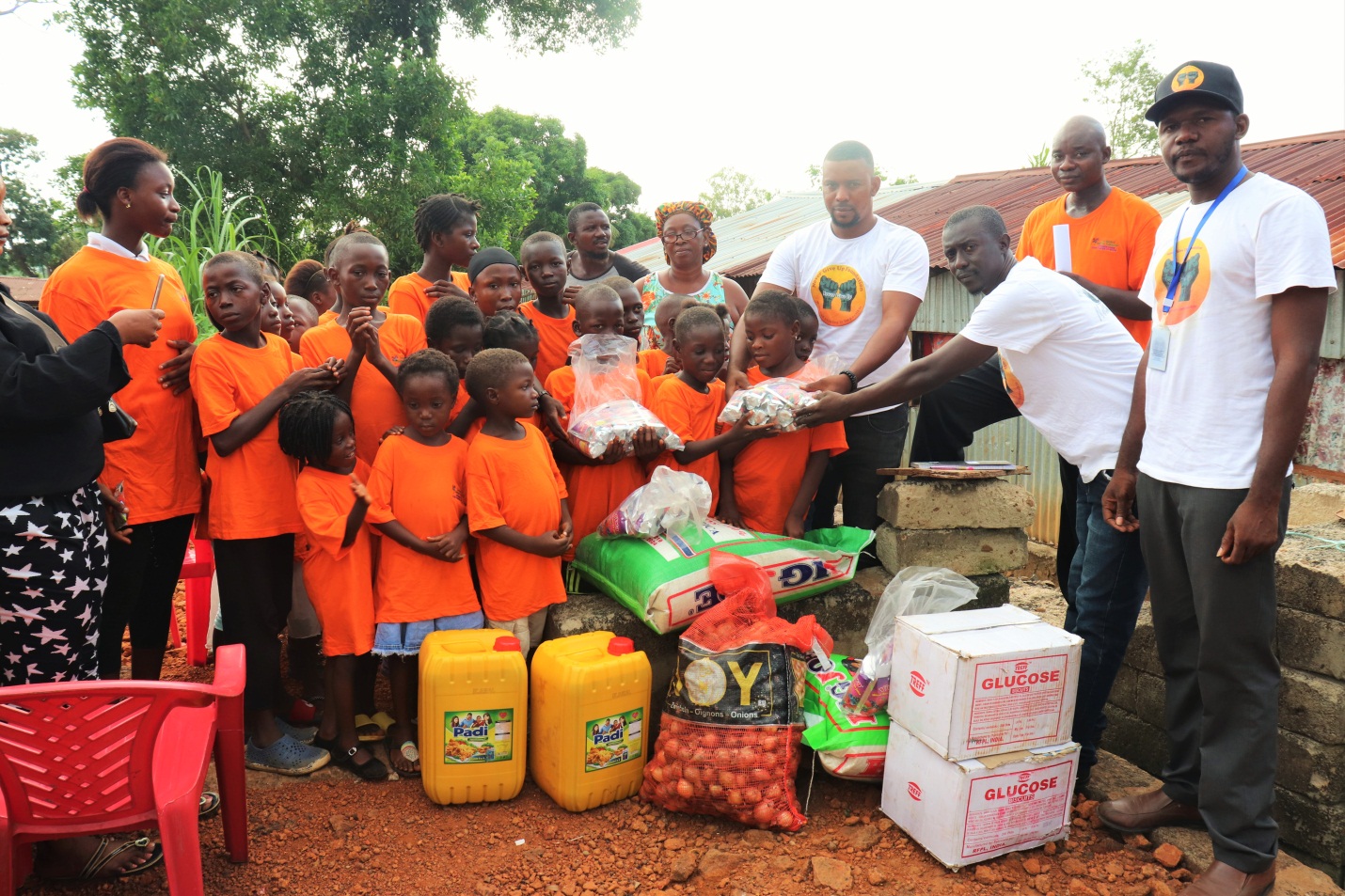 In their tireless effort to raise the standards of Sierra Leone children since it was established in 2016, Never Give Up Foundation has donated food items to the Goodwill Children Foundation.

The donation took place over the weekend at Sussex, in the Freetown Peninsular and it was led by the Foundation President Sajor Jalloh, Secretary General Mohamed Kargbo and Organising Secretary Alhaji Kamara.

Before presenting the food items, Never Give Up Foundation Organising Secretary, Alhaji Kamara spoke about the name of the Foundation and said it was set up by an outstanding Sierra Leonean based in Germany, Lance Mavin Marah to assist orphan kids and children with disabilities.

He said the Founder and CEO went through difficulty and so he wanted to pay back to society as God Has started blessing him by give back to the less privileged.

“We are here today to acknowledge his wish and what he has instructed us to do. We don’t have much to satisfy you but we just want to give the little we have and in our subsequent engagement, we will do more.”

He went on to remind his audience that the Foundation is non-political and their only source of fund is the CEO Lance Mavin Marah who tapped from the little resources he has been gathering to give to others.

Alhaji Kamara emphasised that the Foundation believed that the children’s future is going to be bright as they sees Doctors, Lawyers, Journalists and Bankers among them.

He encouraged the kids to endure and to always supress themselves by avoiding the streets, smoking, cinema among other distractive things but for them to read their books.

“We want to help the less privileged. This is a small token and we hope you will appreciate it.”

He went on to say their goals and objectives is to remove destitute children both boys and girls from the streets, fight against child labour, prostitution and early marriage, sensitizing parents about the importance of education in order to send their children to schools, reliving destitute parents from both burden of child responsibilities and to setting up a network to combat the problems of destitute children.

He spoke about their Foundation accountability to their donors and the people and called for partnership with Never Give Up Foundation.

After receiving the items the children prayed for Never Give Up Foundation for more increase.

The ceremony was also witnessed by the representative of the Headman and the former Headman in that community.