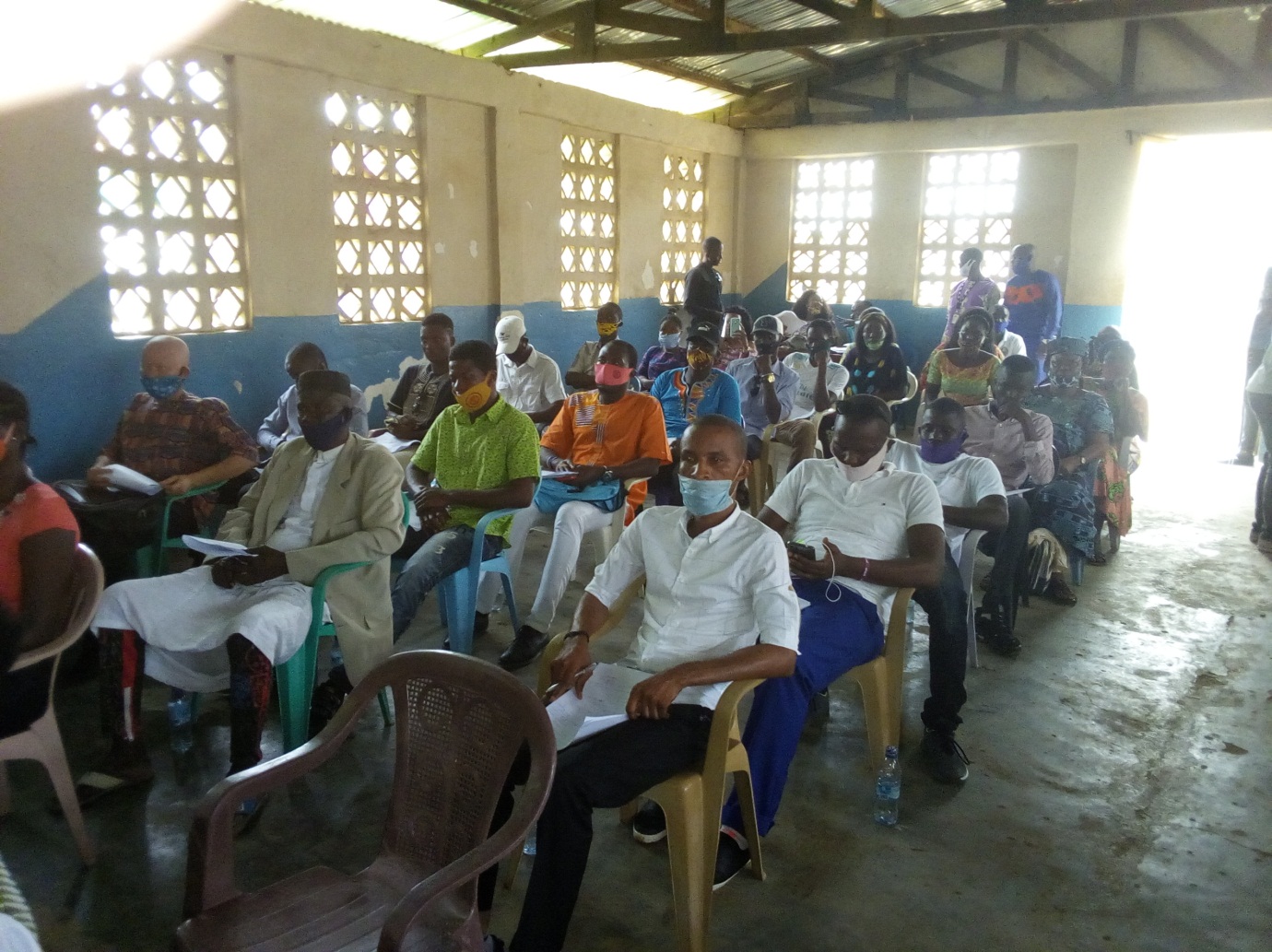 The Western Region Office of the National Commission for Democracy (NCD) on Friday 18thSeptember 2020 organized a public lecture on the theme, ‘National Unity and Cohesion as a Tool for Democratic Consolidation in Sierra Leone’ at the Community Center, Kossoh Town in the Western Area Rural.

In his presentation on the topic ‘National Unity and Cohesion as a Tool for Democratic Consolidation in Sierra Leone,’ the NCD Director of Communications and External Relations, Rev. Gibrilla Kargbo said democracy was first practiced in Athens, Greece, that it is a governance mechanism that has stood the test of time and that democracy has undergone significant changes over the years from among others direct to indirect representation.

He continued that the level of Sierra Leone’s maturity in terms of democratic practice can be assessed through national unity, social cohesion and political tolerance some of the key variables of democracy underscoring that these are the tools for the consolidation and perfection of democracy.

According to Rev. Gibrilla Kargbo, for a country to practice democracy, it must have legitimacy and authority, that national unity is solidarity among citizens of a nation, that it is essential to maintain a vibrant society, that democracy plays an important role in society, that states must allow a pluralistic media, dilated on the history of democracy in Sierra Leone since independence in April 1961 and observed that the country is at a crossroad in terms of national unity, social cohesion as well as democratic and political culture.

On challenges confronting the country’s democratic dispensation, he catalogued ethnicity, tribalism, regionalism, illiteracy, politicization of state institutions, especially the security forces and unequal distribution of state resources stressing that there is evidence of political intolerance, nepotism and cronyism in the country.

Earlier in his welcome statement, the NCD Western Area Commissioner, Mr. Benjamin Macfoy revealed that although Sierra Leone’s democracy is challenged, the country is to a large extent practicing democracy citing the conduct of elections, freedom of speech, that the NCD is organizing such public lectures nationwide but that due to the corona virus pandemic they could not organize public lectures on university campuses.

He added that one of the mandates of the Commission is to assess the state of democracy in the country and make recommendations to government, raise awareness on democracy and revealed that on International Democracy Day they would also organize roundtable discussion programs and town hall meetings for Members of Parliament, Councillors and other stakeholders.

Some of the concerns raised by participants included lawlessness and indiscipline in the country, violence, bribery and corruption, injustice, the poor state of education, that the two major political parties in the country, the All Peoples Congress and the Sierra Leone Peoples Party have failed the country, high unemployment, poor sanitation in the city, lack of promotion in schools and offices in spite of the fact that some of the people are qualified and overpopulation in the major towns.

The unfinished implementation of the recommendations of the Truth and Reconciliation Commission Report, hate speech, drug abuse and inciting youths were also highlighted.