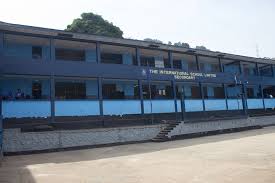 The Chairman of the Education Committee on Primary and Secondary in Parliament Hon. Dominic J. Lavalie-Tshombe has officially launched the National Union of Private Schools (NUPS) with the Theme “United for best practise for the goal of Sierra Leone”.

The launching took place yesterday at the British Council Auditorium in Freetown.

Hon. Dominic J. Lavalie-Tshombe commended the NUPS for their move. He assured them of the committee’s support in the drive to achieve free and quality education in the country.

In her welcome remarks, NUPS National Auditor Rev. Mrs. C.D. Mansaray described the day as one that is meant to bridge the gap between the government and private schools.

The Chairman of the ceremony Joseph B.M Kosia said NUPS started as an Association that was looking only for private schools in some parts of the Freetown but now with a union they have covered the entire country.

He emphasised that they were there to complement the effort of the government not to compete or challenge them as they can’t do it alone. He spoke about access and quality curriculum.

He assured government that they will continue to do what the government wanted them to do and also asked for some of the facilities given to government assisted schools to be extended to them.

NUPS Secretary General Mrs. Onike King gave a background about the formation of NUPS of which she said for several years back, private schools had believed that they were not properly represented in the making of educational policies and decisions. They have not been consulted before this time as a recognized stakeholder in education and there was no conventional body representing the general interest of private schools in Sierra Leone.

She continued to say that some authorities in the Ministry of Education were just filling the gap of private schools representation by selecting a proprietor/ proprietress of their interest and personal relationship.

The interests of all private schools were not sought properly; their complaints/cries were not heard.

She said it was in search of solution against these odds, heads of private schools (Proprietors &Proprietresses, Principals & Heads teachers) came together and brain stormed on the solution for total inclusiveness of private school representation for all and by all, nationwide.

In 2015, under the Western Area CPSS leadership in the person of Mr. Sylvester Meheux, he encouraged private schools to come together in order to seek their own interest in terms challenges and complaints. Heads of private schools therefore, came together and had a meeting at the Government Rokel Secondary School to actualize this dream. Since that time many efforts were put in place to move on, but to no avail.

In March 2018, Rev. Victor O.M Davies summoned a meeting together with eight other Proprietors at John .F. Kennedy International School to look into the affairs of private schools. During the meeting, he emphasized the need for private schools to come together as one body, instead of fragmented bodies to confront the newly elected government to present the issues and challenges of private schools in Sierra Leone.

On Friday 25th March, 2019 twenty Six (26) schools including most of the big, old, well established and influential schools were summoned to another meeting at John .F. Kennedy International Schools for consultative meeting on the issue of the unity of private schools.

“In the same month of April, a congratulatory message was sent to the newly elected President of Sierra Leone from the union on behalf of all private schools and also a familiarization visit was made to the appointed Minister of Education by the executive of the union.

In May, 2018, another official visit was made to the Ministry (minister) by the representatives from private schools from all regions of Sierra Leone.

The Deputy Minister was also visited to establish a good working relationship and collaboration between the ministry and union.

The establishment of the Public Private Partnership Unit at the Ministry of Education by His Excellency the President breathed a breath of relief to private schools and provided the platform for good working relationship and proper coordination between the ministry and private schools union generally.

Since the formation of the union, it has embarked on several trainings to upgrade and make personnel’s of private schools prepared to take the lead and face the challenges and consequences of the free quality education in Sierra Leone on private schools. In July, 2018, training was organized by the union in collaboration with Orthodox Christian College and Transformation Education for Early Childhood Educators and Private Schools Administrators.

“The union has been representing and advocating on behalf of private schools in Sierra Leone as in the case of the last approvals of schools, formulation of minimum standard for Early Childhood and many more. Now to authenticate the formal operation of the union, this launching ceremony is organized to formally pronounce the recognition of the union as one of the as stakeholder of education in Sierra Leone.”

The launching was graced by different schools, children, and well-wishers and the Deputy Minister of Primary and Secondary Education.

Diabetes On The Increase In Sierra Leone