The quintessential Dr. Momoh Vandi former Minister in the Koroma administration has declared his interest to lead the All Peoples Congress Party in the 2023 elections.

According to our information, Momoh Vandy has being having series of consultations with stakeholders of the APC in south-east and northern part of the country for months in sampling their views, comments and advised on his political journey.

Though the APC Secretariat are making lip service on the intention of Momoh Vandy who hailed from Kenema District, party stalwarts in the Eastern Region in a telephone interview with this medium overtly supports the candidature of one of their brother who they believed is spotless in the political dynamics in Sierra Leone.

This will be a test case for the sons and daughters of the All Peoples Congress Party to see how loyal are they to the South-Eastern in terms of given the flag-bearer to a non-northern.

Momoh Vandy according to our findings was the immediate replacement to the late J.B Dauda (‘Jam-Body’) in Kenema District as the ‘God Father’ of the All Peoples Congress Party in that part of the country.

It is still not clear whether comrade Momoh Vandy is that popular within the All Peoples Congress circle and the country as a whole to challenge Julius Maada Bio in the 2023 elections.

It is indeed a wait and see picture whether the All Peoples Congress Party will award its flag-bearer position to someone in the south-east or to use the usual antics by given the flag-bearer to the northern region.

However, a political commentator who preferred anonymity says Mr. Momoh Vandy is an upper-class politician but yet again he should starts engaging the grassroots across the country for his admiration in the party.

Few APCians who speak to this medium last nights were curious to know Mr. Vandy; because according to them the name Momoh Vandy can be best trace during his jiffy months at the Ministry of Finance.

“The name Momoh Vandy is better known in Kenema Township and not even the district.” They retorts.

“Tell him to starts popularizing his candidacy across the country; Kenema is not Sierra Leone and he should start mingling with the grassroots and not the upper-class.” they advise.

Why Sierra Leone Politics is so Toxic? 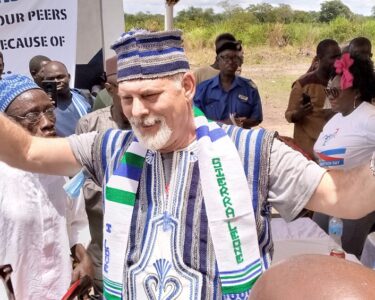