The custom to reward democratic countries for good governance, respect for the rule of law, justice and equal rights administered by the United States of America Congress is now casting a new shadow on Sierra Leone as the MCC Board stirred accessibility of the Compact. The Office of the Vice President of Sierra Leone, the lead principality on behalf of the government of Sierra Leone is charged with the responsibility to exchange realistic information on the resolve of the government to expatiate accountability and transparency in the dispensation of the MCC Compact.

It is expected that Sierra Leone should identify priorities for economic development and economic proposals in broad consultations with the societies including private sector stakeholders, NGOs, and members of the public. The MCC will work in close partnership with Sierra Leone to refine their programs. The Sierra Leone government will be responsible for setting up the Millennium Challenge Account, or MCA as an independent government agency, or within an existing government agency and the government manages and oversees all aspect of implementation administered under the MCC. The MCC has the mandate to monitor all disbursements, and retains all control over funds in order to protect the Compact against corruption. Strong priority is given to credible data and stringent measures of result in all phase. Sierra Leone is currently in the transition phase from Compact eligibility to Compact development, and this process go through 5 phases – Preliminary Analyses, Project Definition, Deep Dive of Analyses, Project Development and Appraisal, Compact Negotiation and Development, and Preparation for Entry Into Force {EIF} and an establishment of an accountable entity {MCA}. All identified concept projects must meet all MCC investment criteria.

The government of President Bio has triumphantly accelerated democratic processes, and the observation of social and economic justice in Sierra Leone. The President winning the Millennium Challenge Corporation Compact eligibility is a result of the support and energy of all Sierra Leoneans. To lead is to organize, and President Bio and his team have carefully implemented their good governance strategies to impress on the international community that Sierra Leone is a country that can be trusted, ready for quality partnership, and also open for business.

Engaging the three arms of government (Legislative, Executive and the Judiciary) have all calibrated the dream and fortitude of President Bio’s leadership. As a nation, the people are experiencing for the first time honest and sincere leadership that have culminated in the victory of the MCC. The government of President Bio did not just win the huge MCC capital by mere ease but by clearly intensifying actions against corruption, ensuring the enjoyment of human rights, establishing social safety nets, boldly doing the obvious in ensuring press freedom, and catapulting the vision of the President’s human capital development.

The leadership of President Bio promised to ameliorate the pitfall the nation had found itself since independence. In two years of sustained fiscal discipline, adhering to international norms and amplifying a new trajectory from the aged system of business as usual to the New Direction agenda, Sierra Leone is now experiencing a glimmer of hope. For all intent and purposes, President Bio and his government have measure up to the expectations of the people of Sierra Leone. Holding a sledge hammer against corruption has not spared anyone. Even when the arrow of corruption is pointing at members of his government, President Bio has stood out to sever whatever ties there may be, while allowing the teeth of Anti-Corruption to bite hard and deep at the culprits. Today, all international barometers on corruption have expressed very good image about the steps President Bio has taken to fight corruption, a major reason why Sierra Leone has been considered for the MCC Compact. Corruption as we have experienced is rife in the Sierra Leonean society. Despite this fact, President Bio has made it clear that the crusade against corruption in Sierra Leone is not targeting any political party, region, or tribe but focusing surgically on the corrupt agents that are impeding our nation’s prosperity. The equal opportunity enforcement and fairness is seen, and have been recognized by the United States Millennium Challenge Corporation Compact Assessment Board. The people of Sierra Leone can now breathe a sigh of relief that the country has found a new chart under President Bio. With President Bio, Civil Society Organizations and the Media have triumphantly gained space, a sign of democratization and the prevalence of the rule of law.

In the same 2019, Vice President Dr. Mohamed Juldeh Jalloh visited United States with a high-level delegation. Meetings were scheduled by Ambassador Sidique Abou-Bakarr Wai with the MCC, Corporate Council on Africa, the US Chambers of Commerce and Congressional leaders. According to Ambassador Wai, this meeting was the first-time senior member delegation from Sierra Leone that included the Finance Minister, Deputy Minister of Water Resources, the Bank Governor of Sierra Leone, met with Karen Bass, Chairman of the Black Congressional Caucus. Present also at the meeting was Hon. Gregory Meeks who is now the Chairman of the House Foreign Affairs Committee in the 147th Congress under the leadership of President elects Joseph R. Biden whose official Congressional confirmation occurred on the 6th of January 2021. At this meeting, Vice President Dr. Mohamed Juldeh Jalloh presented a convincing case for Sierra Leone to Congress Members of the United States and won their friendship and deep understanding of the progress Sierra Leone has made toward meeting the MCC conditions.

His Excellency Ambassador Abou- Bakarr Wai informed the Vice President on the day the big decision was to be made on the Compact after he got a call from the President of the MCC Board. Immediately after the Board meeting and Sierra Leone was selected for the Compact, Ambassador Abou- Bakarr Wai gracefully reported to both President Bio and Vice President Dr. Mohamed Juldeh Jalloh about the victory of the Bio led government for the MCC Compact. The victory emerged as a result of the astute and stoic leadership and vision of President Bio and his government.

The MCC Board engagement with the Officials of the government of Sierra Leone seeks further commitment and strategy Sierra Leone should advance in readiness for delivery of the Compact. The Budget Appropriation Committee in the United States Congress, the most influential Committee, allocates MCC funds, and fortunately, Hon. Gregory Meeks whose DNA spans from the Mendes in Sierra Leone also heads the Foreign Affairs Committee of the U.S. Congress and has ties with Ambassador Abou- Bakarr Wai spanning over 30 years of quality relationship.

Impartial as President Bio is, the Compact would be evenly distributed to make Sierra Leone a better place. The dream of human capital development will be at the helm, making education accessible and affordable. The unfortunate plight of youths would be addressed adequately in the country, and there are high hopes that Sierra Leone’s electricity menace would be tackled. Prime on the list of intervention will cover access to quality drinking water, good health care and the continuous fight against corruption and the implementation of the rule of law in the justice system. Social safety nets have always taken the lead in President Bio’s drive, and with the MCC money, the standard of Sierra Leoneans will be of quality and value. President Bio is painstakingly trying to take electricity to all our districts head quarter towns, but with the MCC Compact now, our old impoverished cities will be lit under President Bio. The MCC Compact would be used to provide clean drinking water, a situation that eluded the people of Sierra Leone for over decades. More hospitals and health facilities will see a new dawn under President Bio. The country’s road network would see massive improvement impartially across the regions and districts. And transportation system would be catered for in earnest and the justice system streamlined for peace and security.

Sierra Leone is the second-best performer in the Mano River Union apart from Cote d Ivoire after passing another two MCC Compact indicators making it a total of 13 indicators in successive roll. Sierra Leone is committed to data management, economic growth, reduction of poverty, and the consolidation of democratic and free market reforms, and facilitating sector collaboration to bring jobs. The Multimillion-dollar grant provides time limit to developing countries that meet rigorous standards for good governance and the fight against corruption.

The people of Sierra Leone are very grateful to the United States of America for always standing with us, and changing the reverse trajectory starting with the international support for ending the 11 years civil war, Ebola, the mudslide, the emotional flooding, and the recent support in the fight against the deadly Coronavirus pandemic. President Bio is the right leader, and at the right time.

The Repealed Criminal Libel Law: an Epoch of…

The Dilemma of Corruption and Poverty in Sierra… 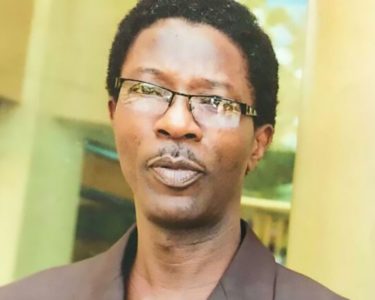 “Njala and ACC have ruined my professional, academic…