Legal Aid Board represents all cases in Call Over in Freetown 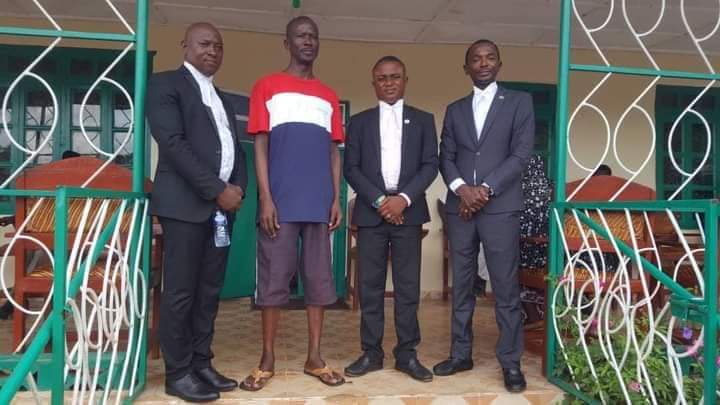 The three-day session started on the 15 September 2020. The Honourable Chief Justice, Justice Desmond Babatunde Edwards presided over the proceedings and later handed-over to Justice Alusine Sesay JSC on September 16 who took over to the end of the session on September 17.

Two of the accused persons represented were granted bail while six were sentenced to various prison terms. Thirty-eight (38) cases were adjourned. Twelve accused persons were charged with Robbery with Aggravation, four with Murder, one Conspiracy to Commit a Felony, five Wounding with Intent, five Shop Breaking and Larceny, one Burglary among other.

The Criminal Call Over is a statutory session held in September, November, January and May where criminal cases committed to the High Court are called by the Chief Justice or any senior judge for trial in the High Court.

The Executive Director of the Legal Aid Board, Ms. Fatmata Claire Carlton-Hanciles has lauded the Legal Aid Counsels for rising up to the challenge of providing legal representation to all the accused persons in the just concluded September 2020 Criminal Call Over session in Freetown and the ongoing Special Criminal Session around the country.  ‘We are proud of being the legal aid organization that continues to carry the criminal calendar in the country,’ Ms. Carlton-Hanciles said.