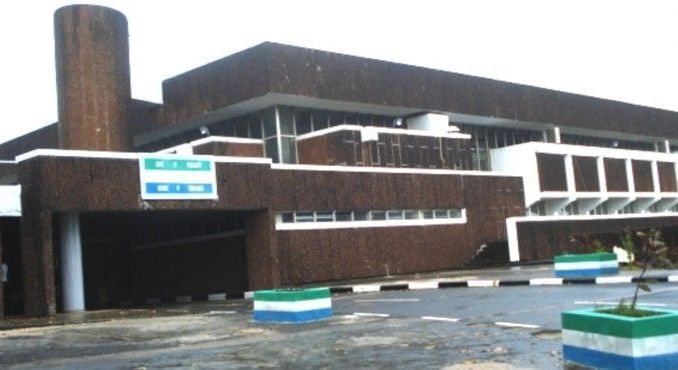 The whistle-blower is not a Journalists or opposition politicians, but Member of Parliament representing the ruling government in parliament, constituency 132, within the Lumley and other communities in the far west of Freetown.

The administrative head of Sierra Leone Parliament, Hon. Paran Tarawally and the Hon. Ibrahim Tawa Conteh of Constituency 132 in the Western Area made scandalous allegations of corrupt acts and misappropriation of public funds in the current parliament.

Though these are mere allegations, it is only the ACC that is mandated to prove whether they are true or just false claims.

ACC’s Director of Public Education and Outreach, Patrick Sandy said the two public officers are to report on Monday at 10 am.

The allegation was never precipitated by the media nor the oppositions but Member of Parliament representing the ruling government which speaks volume of the alleged corrupt act in the house of Parliament.

Sierra Leoneans who spoke to this medium have this to say about the huge corruption going on in Parliament and the involvement of the Anti-Corruption Commission.

According to Yusifu Sesay, as long as it involves members of the New Direction administration the ACC will not take any positive role towards the Clerk of Parliament and others people involved.

“They’re sacred, the allegations are really a big blow to this administration, he said.

“I don’t trust the ACC in this particular issue involving the Clerk of Parliament and the Member of Parliament, if only the ACC Commissioner will stand for the truth lot of things will be uncovered in Parliament.

Last week was an eventful week, there was no shortage of drama and events at Parliament involving the proposed Finance Act spilled over into something outrageously ridiculous between the Clerk of Parliament and a sitting Member of Parliament.

The accusations and counter allegations of corruption traded by Hon. Paran and Tawa raised eyebrows and social media was agog with calls for the Anti-Corruption Commission to launch official investigations into the allegations. Many believe that the two men acted out of character. However, amidst the negative publicity that accompanied the acts of these men, there are some positive things that can be gleaned from the whole episode.

What happened on that day therefore is a reinforcement of the commitment and resolve of the very members of Government to bring to the public domain issues that they consider are under-the-counter in relation to handling of public funds.

Additionally, the incident has shown that even Parliament is not immune from the wrath of scrutiny or positive vetting; calls from the public for the ACC to institute investigations into the allegations are pointers to that fact.

Various Civil Society Organizations have called for zero tolerance in corruption within the legislative arm of government.