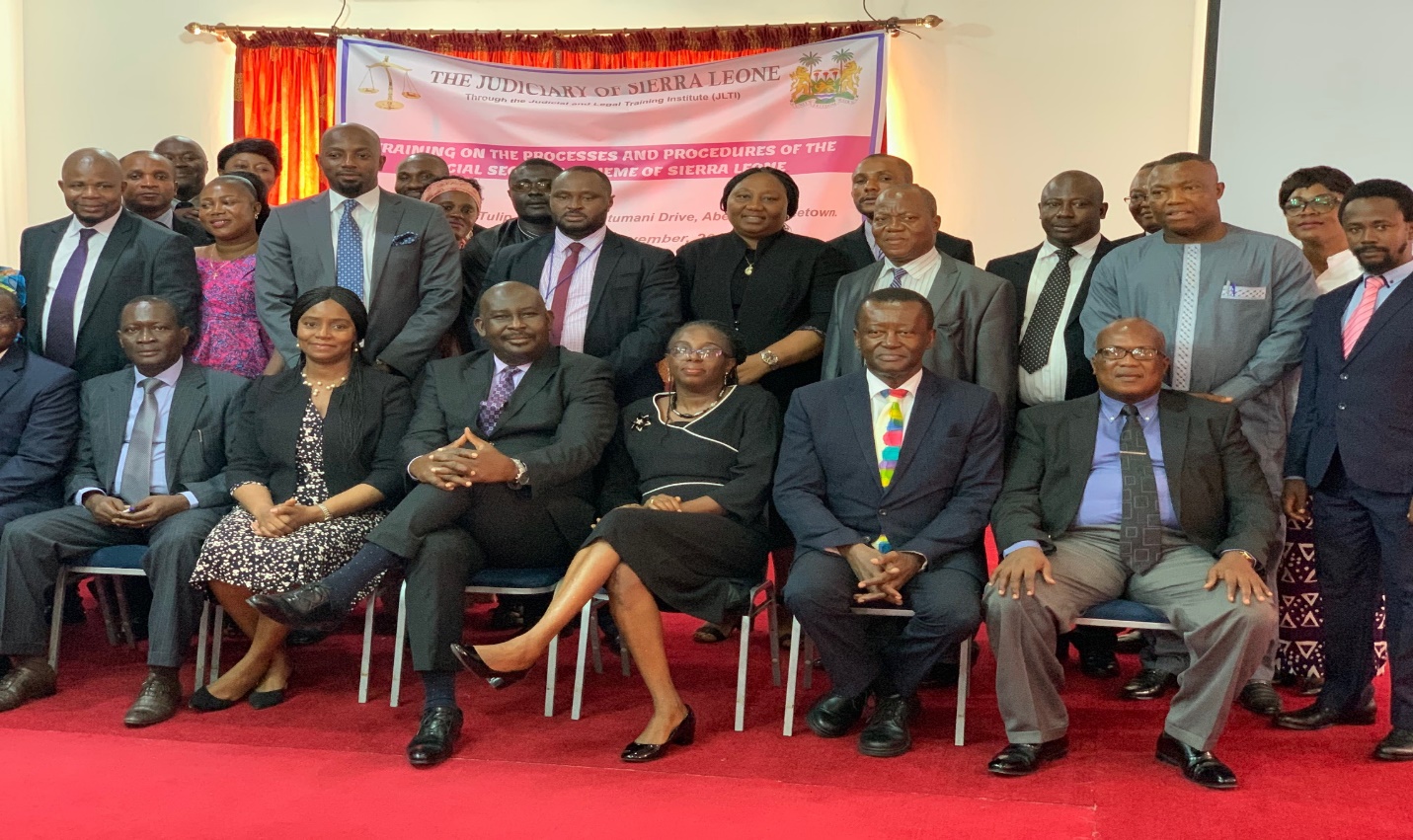 The Judiciary of Sierra Leone has established the Industrial and Social Security Division of the High Court.

This special court which was established primarily to enforce compliance with the NASSIT the Act No 5 of July 2001 was commissioned on Monday 9th December 2019 at the Law Court Building Freetown.

This epoch making event was graced by distinguished personalities within and outside Sierra Leone.

In his Keynote address, the Chief Justice of the Republic of Sierra Leone, Hon Justice Desmond Babatunde Edwards stated that the establishment of the  court demonstrated the  Judiciary’s readiness to enforce its  constitutional obligation.

The Court, according to the Chief Justice, will sit on cases of non-compliance with the NASSIT Act. This is to give the State’s unflinching support to the welfare of Sierra Leoneans. He informed his audience that the court is fully equipped with the requisite capacity and staff to administer matters that will be brought before it.

He called on recalcitrant employers to comply with the NASSIT Act as the days of impunity are over.

On his part, the Director General of the National Social Security and Insurance Trust, Mohamed Fuaad Daboh stated that the commissioning of a specialised court to sit on non-compliance cases is a hallmark in the history of Social Security administration in Sierra Leone.

He said Social Security is a human right and welfare issue, thus, the support of the   State’s apparatus is very pivotal to its success. According to the DG, non-compliance with the NASSIT scheme has been a major challenge to the Trust, thus the decision by the Judiciary to establish such a specialized Court is a major impetus in the scheme’s sustainability drive.

In his statement, the Minister of Labour and Social Security recalled that the desire to give a meaningful living to every  Sierra Leonean in  retirement and or in death was a propelling impetus in the establishment of a Social Security scheme by the them President Ahmed Tejan Kabba.

He highlighted the statutory provisions that empower NASSIT to register members, collect contributions and pay benefit and the subsequent provisions to enforce compliance. He re-emphassied

Government’s commitment to protecting the welfare of every Sierra Leonean

On her part, the Attorney General and Minister of Justice , Madam Priscilla Schwartz was thrilled with the initiative of the Judiciary  to create such a platform,  noting  that the  Court would  not only promote the sustainability of the scheme but also create a positive impact on the lives of   members of the Scheme and their target beneficiaries. She called on  Judges to dispense justice with fairness.

Statements were made by the Chief Justice of the  Gambia, Hassan Bubacar Jallow,  the  representative of the International Social Security Association, Amed Bamba  and Justice Yaw Appau from Ghana.

I saw a former CDS in a Kekeh

STOP STRUGGLING TOO MUCH FOR THIS WORLD!!!