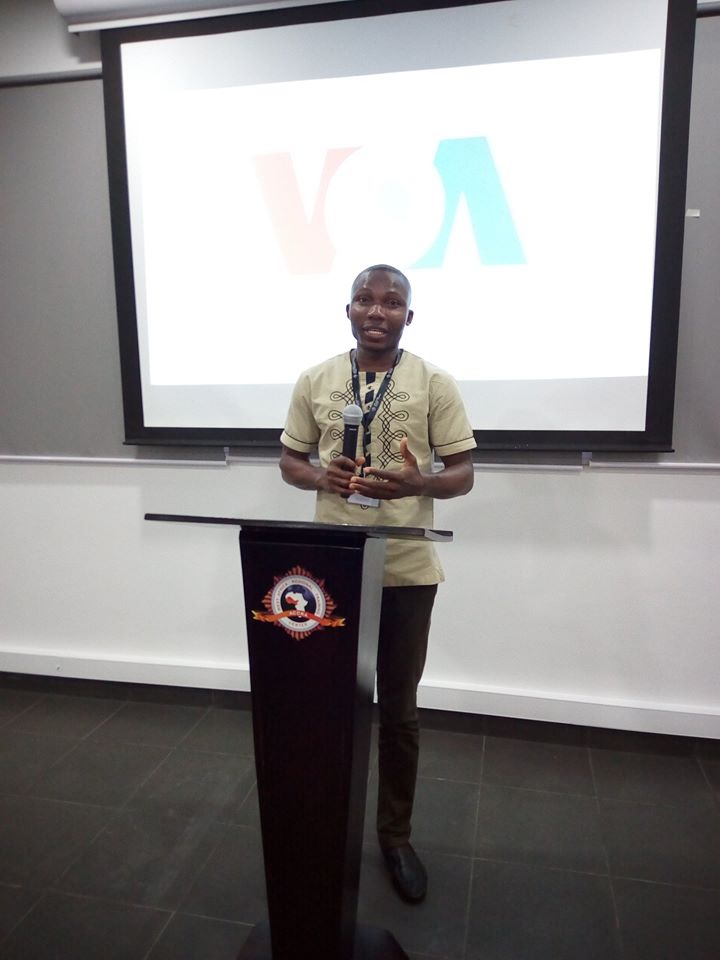 A Commentary by Lawrence Williams

Even though there have been constant attempts to abridge the right to freedom of expression and the press, suppressing the free flow of information has never been entirely successful. This is largely due to the fact that a free press remains the primary deterrent to tyranny and the abuse of power in Sierra Leone.

While we as journalists are free to write, we also bear a cosmic responsibility to maintain professional standards and observe the basic tenets and fundamental principles of journalism.

Section 25 of the 1991 Constitution entrenched our authority to inform and impart ideas. This transcends the rings of news reporting to commentaries, editorials and other forms of expressions. Therefore journalists, like all other professionals, have the inherent liberty to discuss anything that is not explicitly forbidden by law.

Thomas Jefferson, one of the founding fathers of the rule of law put the importance of a free press in a democratic society most succinctly and I quote:

“We’re it left to me to decide whether we should have a government without newspapers, or newspapers without a government, I would not hesitate a moment to prefer the latter.”

If Jefferson was alive today to expound on his theory, a society like ours would rather construe such as defamatory or inciting against government and the latter would spare no time to effect an arrest.

The criminal libel provisions contained in the 1965 Public Order Act remains one of the oldest draconian laws in Africa’s post-colonial era. This law is as bad as the negative orders of a King. It does not only impinge on the publication or expression of truth but also criminalise the explicitness of truth as a form of libel: _*the more the truth, the more the libel!*_

Section 28 reads: “…the truth of the matters charged may be inquired into, but shall not amount to a defence.”

One of our constitutional obligations as journalists is to “highlight the responsibility and accountability of Government to the people”. This obligation is firmly rooted in section 11 of Act No.6 of 1991. The intent and purpose of the law is to ensure that Government conducts the public business in public – not in secret. Hence our watch dog role is warranted by the Constitution.

Defamation is generally considered a harmful statement against a person, group or organization. When that statement is in a written format it is considered to be libel. When it is spoken it is then referred to as slander. *But can a statement of truth be legally considered as the basis for a libel concern?* “Contraption!” Mamoud Tim Kargbo would say.

The Criminal Procedure Act (Act No.32 of 1965) is very instructive and clear on how the police should go about effecting an arrest. (Read sections 4 to 15).

Section 15 in particular states that: _*”Except where the person arrested is in the actual course of the commission of a crime or is pursued immediately after escape from lawful custody, the constable or other person making the arrest shall inform the person arrested of the cause of the arrest, and if the constable or other person is acting under the authority of a warrant, shall notify the substance thereof to the person to be arrested, and if so required shall show him the warrant.”*_

I believe that the drafters of the Act not only took into cognizance the authority of the police to exert the law but also recognized that the fundamental human rights of persons ought to be respected.

Arrests of journalists have always been carefully orchestrated to get us behind bars. You either pass the night in the smelly cells at CID or get choked inside the narrow-cramped quarters at Pademba Road Prison. In both cases the experience is excruciating.

The circumstances under which Sallieu Tejan-Jalloh of the Times Newspaper was arrested can best be described as a form of kidnapping. Assuming nobody had accompanied him, only God knows the harm that could have befallen him.

The sublime ignorance of the police would always ascend in matters of social justice. Whilst a journalist can be arrested for posing questions to a minister, a minister destroying ballot boxes in police sight would walk away scot free.

For example: In 2017, the police arrested and detained journalist Sam Lahai for simply posing questions to the then Minister of Internal Affairs Sengu Koroma. In 2019, a minister who led thugs to disrupt an entire election could not be arraigned. What a world we live in!

Both the IMC Media Code of Practice and the SLAJ Code of Ethics lay emphases on responsible journalism. Both statutes accentuated *‘accurate, balanced and credible’* reporting. In following these lofty principles, journalists rely on a set of rules and procedures when investigating a story to arrive at the conclusion that a story is either fit or unfit for publication.

For example, Sallieu has a scoop alleging that 1.5 million dollars was deposited into an account owned by the Chief Minister. He then sent a message across to the CM seeking clarifications on whether the information is true or false. The CM, instead of responding to the message and refuting the allegations prefer to complain to the ACC about extortion and harassment. The next moment we saw an arrest of the journalist. His only crime was to cross-check the veracity of the scoop.

While I will not attempt to dabble into the merits or demerits of the 1.5 Million Dollar claim, I will make bold to state that the journalist followed the right procedure to verify the information. And I believe he could not have done otherwise if the subject of the investigation had fully cooperated.

Investigative journalism demands tough, tricky and sometimes aggressive questions that could stimulate reactions or exacerbate emotions. Such reactions/emotions can expose the guilt or innocence of the subject.

At this juncture, I only wish to advise the Chief Minister and all other public officials to muster the courage to respond to questions/enquiries from journalists who seek for answers/confirmations/clarifications that can only be obtained within the remit of their office.

Sierra Leones’s journalism has evolved over the years, particularly in the past two decades. Let’s demonstrate an action-oriented commitment to supporting the growth of the media in Sierra Leone. I thank you!