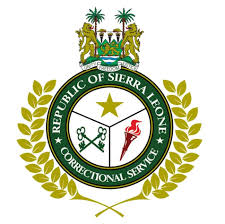 Superintendent Susan Koker, who is the Officer- in- Charge of the stated Centre, said the ‘Human Rights Day’ is the day in which the United Nations General Assembly adopted in 1948, the Universal Declaration of Human Rights.

Addressing the Female inmates, she informed that she had worked in Department (SLCS) for thirty years, adding nothing gave her more joy than seeing excitement in the inmates’ faces.

Supt. Koker enlightened that most of the female inmates were charged with and found guilty of crimes like murder, manslaughter and fines to be paid. She noted that from her findings, most of “these female inmates did what they did because their men pushed them to the wall”.

Stepping forward to speak, Mr. John Lansannah, a representative from Prison Watch said he was pleased that the ‘Human Rights Day’ ended with joy on the faces of the inmates.

“We have come here, because we believe you all deserve a second chance in life; for most of you, being here means a new and better beginning.”

STOP STRUGGLING TOO MUCH FOR THIS WORLD!!!