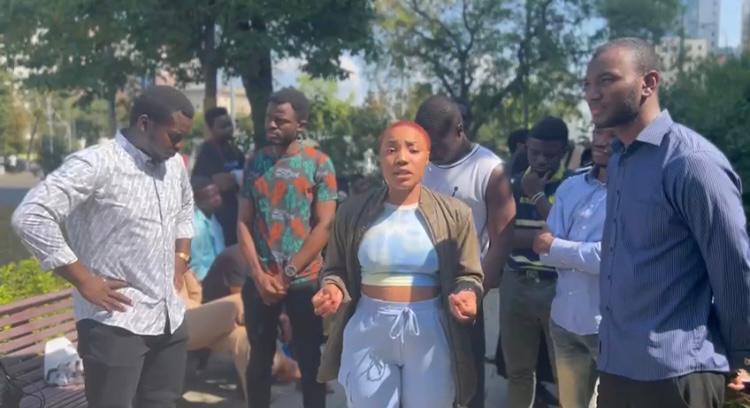 Sierra Leonean students in Russia have branded the country’s embassy in Moscow as heartless by refusing to listening or addressed some of the burning issues affecting them in Moscow whiles representing the Green, White and Blue in foreign land. Below is a press release issued out by these affected students.

It is with utmost detestation that we write to inform the general public of the current happenings in Moscow, Russia. Our attention has been drawn to a press release from The Embassy of Sierra Leone in Moscow, Russian Federation dated 5th august 2022, claiming that a fraction of students staged a protest at the Sierra Leone Embassy in Moscow with prior knowledge, cognizance of the potential for disorderly behavior and intent of students to riot and destroy government property on foreign land. We categorically state that these are false allegations spread by Embassy officials to shy away from the truth.

Months ago the above body(NUSS-RF) has been involved in active sensitization and information of the right authorities within the Russian federation of a proposed peaceful protest which was to take place in response to the insensitivity shown by the Government of Sierra Leone in regards to students in foreign lands especially in times like these.

We would like to out rightly state that, this protest was prior communicated to the Russian authorities and Sierra Leone Embassy in Russia a week to the day of the peaceful protest, with clearance to show for it. The student union Executives were on top of situation regulating students to adhere all the rules and regulations guiding a peaceful protest and there has never been a scenario involving students concerning disorderly behavior towards authorities and officials within the Russian Federation.

Yesterday’s revelations have clearly manifests how authorities abuse power to succumb their subjects to accept their demands at all cost. Nonetheless, it has also reveal what unity and sheer will can accomplish as students are definitely feeling abandoned. Sierra Leonean students anywhere around the globe are not naive, We cannot cast a clear difference between a Government that prioritizes education and one that doesn’t, if it’s any consolation this seems to be worse off; absolutely dilapidating.

Video proofs exist of how peaceful the actions of students were. We are hurt that our very government, one that deems us fit to return and serve the nation and its people, this same government regards us a menace simply because they have failed to uphold their side of the agreement and carry out their responsibilities.

As we stand in solidarity with other international Sierra Leone students, we would like to extend our sincere appreciation to all those who have played a part to let our voice be heard. It is in this regard we request for immediate action from the Government of Sierra Leone to remedy this situation once and for all.

For more information on the current situation of Sierra Leonean Students studying in Russia, please contact the following: