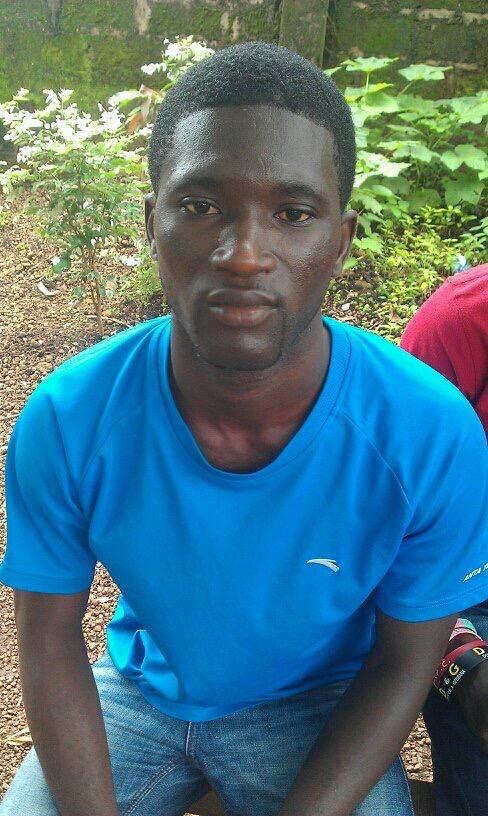 It all stated in the Malama community in Freetown Following reported cases of violence and political intimidation under investigation by this press, we discovered that one group called HMC (Health Management Committee) comprising of fifteen members was deliberately targeted and its leaders politically persecuted.

This group is acknowledged by the community’s Councillor and Honourable Member of Parliament and the people in the community as well. The group is trained in various capacities as doctors, nurses etc.

They treat diseases in the community and give vaccines against polio and other diseases. It could be recalled that when cholera broke out in the country, it was groups like HMC that were out and about house-to-house to sensitize the community as to what to do and what not to do for them to save their lives. Even during the Ebola crisis, the HMC was tasked with moving throughout the community, sensitizing people on what they should do in order not to contract the disease. HMC is also on record for participating in sensitization drives and even administering vaccine against the disease Elephantiasis better known in our local parlance as ‘big foot’ which is killing people in Sierra Leone.

This press learnt that during the campaign period running up to the 2018 election, HMC was approached by the current Honorable Member on March 5, 2018 (who by then was not an Honourable). He appealed to the group for their support but Vandy David Kallon as Vice President of the group together with his President and Chairlady Aminata Koroma out rightly told him to his face that they will not give him their support because they are not politicians and want to stay neutral. They further informed him that their business is to see to it that their community is healthy and peaceful. He grew angry. The group, on the other hand, had been approached by the former substantive Councillor and Honourable to be going around the community admonishing the people to be law abiding and to carry themselves peacefully and to ensure we hold a peaceful election process.

It is a well-known fact that whenever there is violence in Sierra Leone, it is because youths are given alcohol and drugs by politicians for them to perpetrate violence and this is precisely what HMC was preaching against which made it well known to the authorities including the chiefs.

Our investigations further reveal that following a meeting on another fateful day after the group dispersed, Vandy David Kallon together with his President Amadu Kargbo, and Chairlady Aminata Koroma were met by a group of violent-looking youths who threatened that unless they support the intending Honourable Member of Parliament whose proposal for their support the group had earlier turned down, they would have no option but to kill them. According to them, they did not take the threat seriously and proceeded to their various homes.

However, on the next day which was a Monday, they went out on a sensitization drive and later in the evening on their way home the three group leaders were again chased by about seven men who caught them and beat them mercilessly and threatened that if they value their lives, they will support the intending Honourable Member of Parliament for him to win the election.

After the election on March 7 2018 and as results were being called, the Honourable knew he had won. The following Sunday, HMC held a meeting after which the top three executives were on their way home as they lived on the same street, when some men appeared in a vehicle, came down and started beating them mercilessly. Passers-by later came to help them and as it was dark, torchlights were used to search for their lost phones and during the search, they found a key holder which carried the photo of one of the men who usually accompanies the Honourable Member of Parliament and this was handed over as evidence to the police who promised to get back to them. They were issued medical forms which were returned to the police the next day after endorsed by the police doctor.

It is understood that about a month later when the police had not taken action, Vice President Vandy David Kallon and his colleagues went to the police station to ask about the status of their matter. They were however informed that the matter had been dismissed and when they prevailed on the police that such should not be the case, they were arbitrarily detained until the next day. Thereafter, the badly treated HMC executives quietly continued with their activities.

On June 16, (day of the African Child) this press learnt that the harassment of Vandy David Kallon did not stop. There was an event for schoolchildren at the community field hosted by HMC. The group was there from 12 to 1pm. On their way home (the three executives) were attacked by five unidentified men who stepped down from a car, grabbed them and beat them mercilessly and threatened that the next time they would kill them because they did not support the intending Honourable. They then reported the matter to the police who took their statements about the unknown men who attacked them in order to force them to support the intending Honourable Member. About two months later in August, Vandy David Kallon went out to buy some foodstuff. Coming home late at 12am he was accosted by some men who took him to a building in a desolate location.

They told him that he and his colleagues should go back to the police to deny that the key holder they found was not on the day they beat them, adding that if he did not do as they asked, they would kill him. They then beat him before they dropped him off.

As a result, Vandy David Kallon had no option but to escape for his life because he felt threatened as he could not do injustice to himself by allowing the police which should protect him to abuse him instead. He was then advised by his close relatives and friends to leave the country for his own safety.

This press further learnt that Vandy David Kallon is a victim of the most horrendous flood which took place in Sierra Leone August 14 2017. He not only lost both his parents but when he went to the police to report about the death of his parents, he barely escaped arrest when certain officers identified him as the main culprit in the matter reported to the police by the Honourable Member of Parliament.

He found himself between the devil and the deep blue sea and therefore he is still at large.

It is understood that victims of the flood went to the Honourable Member of Parliament who was responsible for paying relief/compensation but it happened that he outrightly refused to pay flood victims including HMC President Amadu Kargbo, and Chairlady Aminata Koroma, saying that he would not give them a dime unless they produce Vandy David Kallon. Interestingly, although Vandy David Kallon was also a victim, he dared not present himself for obvious reasons but sent a representative who the Honorable Member sent away, saying it was Vandy David Kallon that should come.

Vandy David Kallon is unofficially a wanted man by the look of things which is the reason he fled Sierra Leone.

Crafty Cook and Decorate all of our food dishes with love