Home - News - Hands Off Our Girls In Ruins 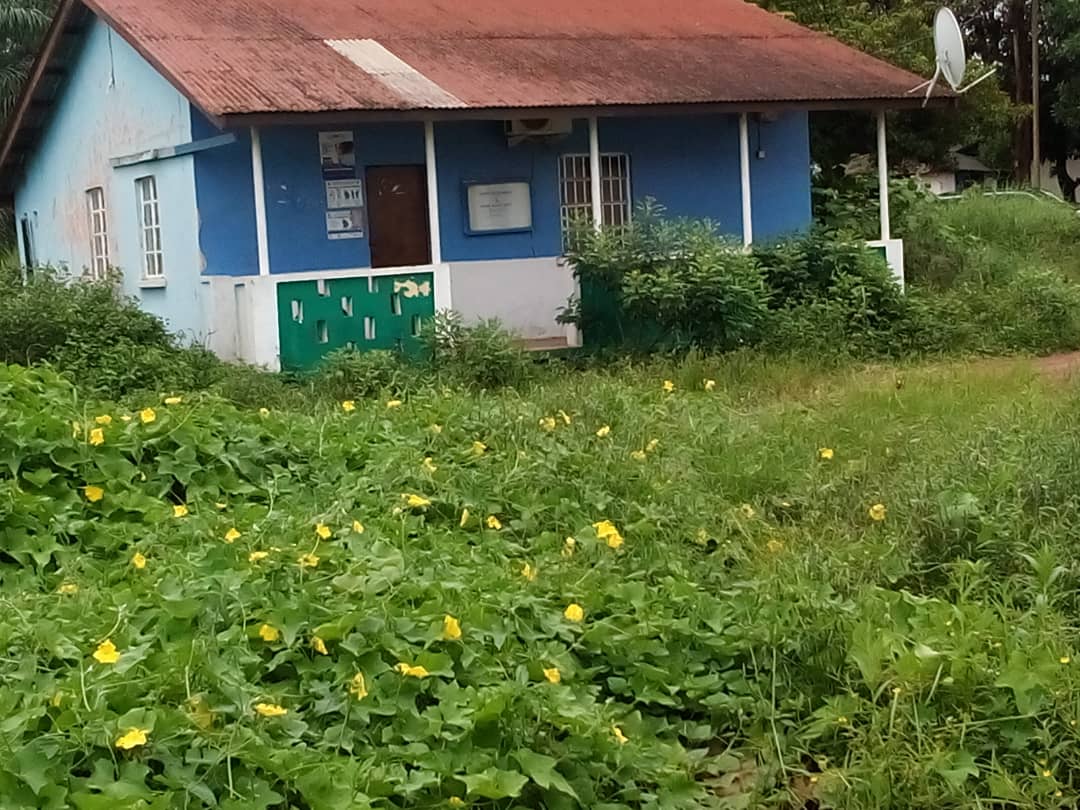 In less than 3years, the Hands off our Girls office in Kenema, East of Sierra Leone has turn into an abandon and inhabitant environment for reptiles and other unfriendly animals thereby endorsing the perceptions of the typical Sierra Leoneans for its maintenance culture for government and private institutions in the country.

The Kenema office which is situated at Fatima Bio Drive, off Maxwell Khobe Street Kenema needs the urgent and timely intervention by the country’s First Lady who was very vociferous and determined to see that the girl-child acquired quality education and not be carry away by grown-up men for material things.

The project which was launched by the First Lady, Her Excellency Madam Fatima Jabbie Bio was to seek the welfare and help to educate parents/guardians to see the need in sending their child/ward to acquired quality education.

Stakeholders in Kenema District and the country as a whole welcomed and applauded the awareness of Fatima Bio and ensured that the project has the grassroots support.

But since the launch of the Kenema office, it has turned to a breeding ground for dangerous animals having field day in the office surrounding as the office is without any furniture or workers.

Sierra Leoneans and stakeholders in Kenema District are curiously questioning the First Lady and the various donor partners who were closely working with her to give detail explanation on the broken condition of the office.

“I am still pondering why things are happening this way in Kenema,” they asked, “Is these another white elephant, we need urgent explanation for the deliberate neglect of the office which has huge impact to Sierra Leoneans.

Huge money according to our information was pumped into the project which attracted highly place personalities across the Africa continent who gave their moral and financial supports for the actualization of the hands off our girls’ campaign which was one of the most popular project launched by the First Lady office.

Sexual predators were having fielding day in defiling school going girls especially those staying in the provinces and whose parents cannot cope with their basic needs will ended up in child marriages or teenage pregnancies.

With the exuberance and determination of the First Lady, the Hands off our Girls campaign have the political supports of the Bio’s administration which gives the cooperation of local authorities in the country for their unflinching and unwavering supports to the scheme.

Grown-up men in the Provincial towns and villages are culpable of defiling young girls but with the launch of the project there is fear in some of these predators that they will be caught and rot in jail.

Further information reaching Guardian Post reveal that the Hands Off our Girls project is deeply sabotaged by certain individuals that are close to the First Lady and if the necessary modalities are not put in place for the day to day running of the project it will die naturally which will be a big slap to the government and the First Lady.

In his statement, the First Lady lavishes praise to her husband for the political will of the project which she said will create great impacts across the country especially to parents and guardians who are not capable of sending their child/ward to school.

The various stakeholders who graciously witnessed the launching ceremony will be questioning the maintenance culture of Sierra Leoneans for a project which life span is less than 3years.

The First Lady should do the needful before the situation get out of hands.