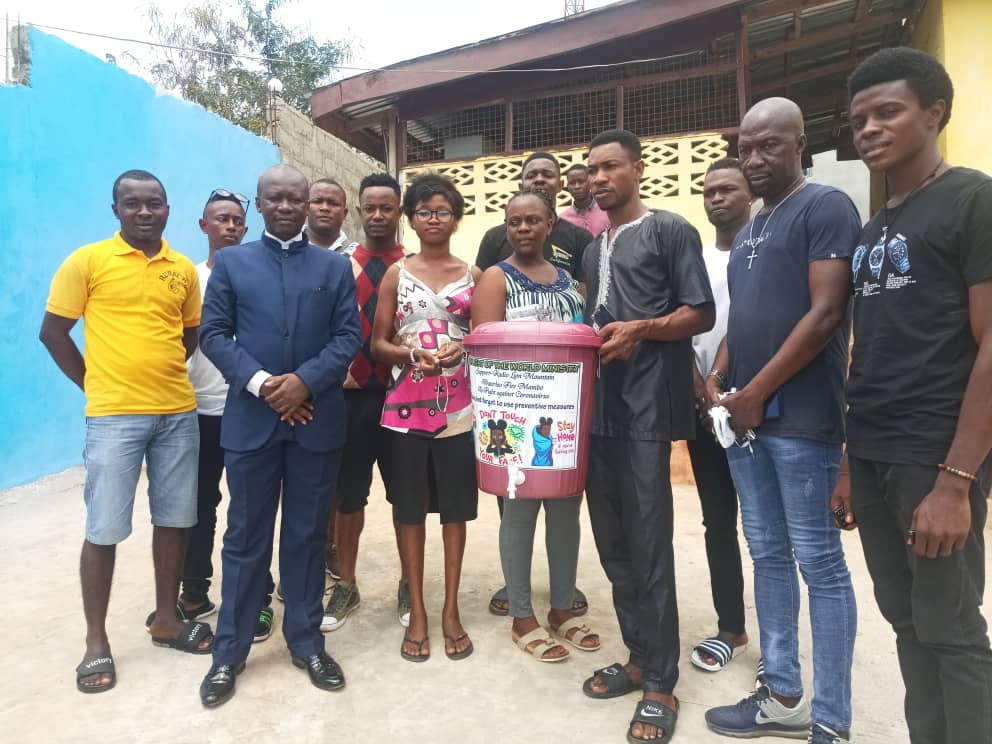 Speaking to Guardian Post in Waterloo, Western Rural District recently, the National Director for Light of the World Ministry, Sierra Leone, Rev. Ben Margai has said that the Ministry has donated items worth millions of Leones to residents around Waterloo community for the fight against Covid-19.

The items, according to Rev. Margai include veronica buckets, hand sanitizers and soap. He said the gesture is to complement government’s efforts. He recalled that his Ministry was at the forefront in the fight against Ebola disease. “Now the Ministry is at the forefront again in the fight against the Coronavirus,” he proudly stated, and described coronavirus as a pandemic that has spread across the world.

Rev. Margai also called on every Sierra Leonean to join hands with government for the fight with the use of preventive measures including frequent hand washing with soap and clean water, use of hand sanitizer, social distancing, avoid crowded areas and to report sick person to hospital.

“As a country, we’ll all win if we put our hands together and fight against this pandemic,” he maintained. The man of God said hundreds of thousands of people have lost their lives and millions more have been infected by the disease and called for firm stands to put the sick behind us.

He lauded government and its partners for their efforts in the fight against the disease and prayed for God’s protection and healing of the country. He also supports radio stations, Headmen, councilors, Members of Parliament, Police Posts with T-Shirts and veronica buckets to join the fights against convid19. Funds was generated by Pastor Ben Margai through Gospel; his music ministry and additional supports from pastors of churches together for Christ for love of his country and supports to his government.