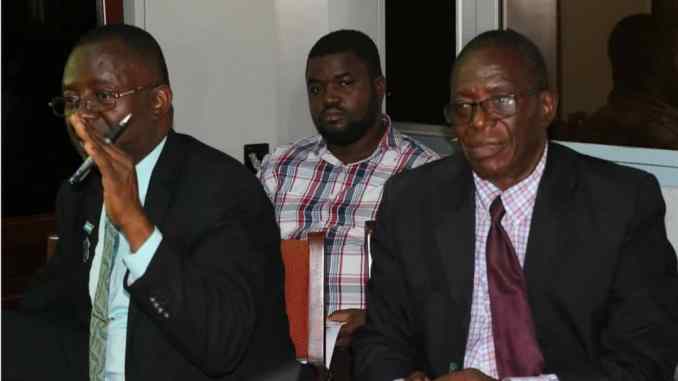 Sierra Leone’s Minister of Environment – Professor Foday Moriba Jaward, held discussions with key heads of Ministries, Departments and Agencies (MDAs) at his Old Railway Line Office in Freetown last week, to address long standing challenges facing water catchment areas in the country, particularly in the Western Area which has a population of about 2 million people.

Largescale cutting down of trees, construction of buildings and other environmentally unsustainable practices, in and around the capital city’s water catchment area – according to experts, accounts for some of the main reasons why Freetown is plagued with water shortages – particularly during the dry season, heads of MDAs were told

He further stated that it is as a result of the forgoing reasons that the government has given a directive for the setting up of an inter-ministerial team to come up with a well-defined sustainable strategy that would help to ameliorate the suffering caused by water shortages.

In response to this emergency, three sub-committees have been set up and assigned with tasks. Sub-committee 1 will identify water catchment areas within the Western Area for policing, while sub-committees 2 and 3 will conduct community engagement and public relations respectively.