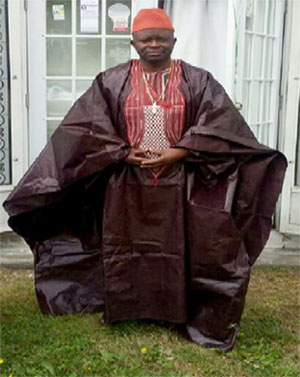 Former Member of Parliament under the All People’s Congress (APC) and Deputy Ambassador to the United States of America, Honorable Coleson Turay, has shown his interest in being the Chairman and Leader of the APC in their upcoming Convention after the end of the corona virus pandemic.

Reports state that many grass roots supporters, including senior party stalwarts of the party, have approached him with word that he is among the most influential in the party, and has what it takes to be the Chairman/Leader of the All Peoples Congress Party.

On the 14th April 2020, some senior members of the party in and out of Western Area, told this writer that among the other candidates vying for the position of Chairman and Leader, Honorable Coleson Turay is the most suited for the position.

They said Honorable Coleson Turay has clean hands as far politics is concerned.

“He is a nice and caring person who has been in the party contributing financially, morally and otherwise, they said.

When contacted for his response about his intention to run for the position of Chairman and Leader, he said he did not just stand up to vie for the position, rather the call came from several people in the party for him to come out seeing he has what it takes to lead the APC.

Hon. Turay furthered that if it is the will of God he will not deny the call.

He said of all those who have so far come out he is the most outstanding among them.

Soon, i will come out and declare, he said. I will definitely not turn my back on those who are supporting me to run for the position of Chairman and Leader of the APC.