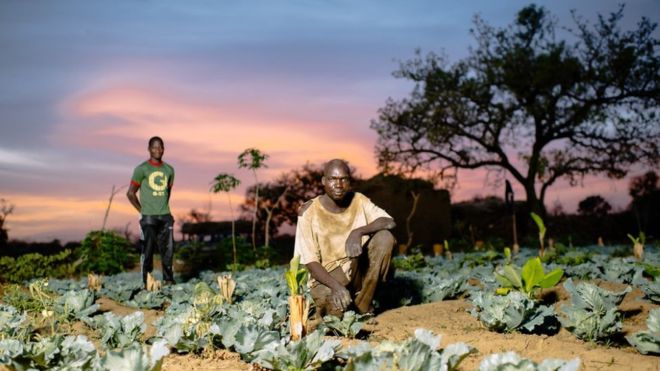 Investing $1.8 trillion over the next decade – in measures to adapt to climate change – could produce net benefits worth more than $7 trillion.

This is according to a global cost-benefit analysis setting out five adaptation strategies.

The analysis was carried out by the Global Commission on Adaptation – a group of 34 leaders in politics, business and science.

They say the world urgently needs to be made more “climate change resilient”.

The commission, led by former UN Secretary-General Ban Ki-moon, World Bank chief executive Kristalina Georgieva and Microsoft co-founder Bill Gates, argues that it is an urgent moral obligation of richer countries to invest in adaptation measures that will benefit the world.

The report says those most affected by climate change “did least to cause the problem – making adaptation a human imperative”.

Its primary aim is to put climate change adaptation on to the political agenda around the world. And to do this, it sets out “concrete solutions” and an economic plan.

There are, it says, five things the world should invest in over the next decade:

Each of these investments, the commission says, would contribute to what they call a “triple dividend”- avoiding future losses, generating positive economic gains through innovation, and delivering social and environmental benefits. It is that dividend that the report has valued at $7.1tn (£5.7tn).

“It’s an international problem that can only be solved with co-operation and collaboration, across borders and worldwide. It is becoming increasingly clear that in many parts of the world, our climate has already changed and we need to adapt with it.”

The report calls for “revolutions” in understanding, planning and finance – to “ensure that climate impacts, risks and solutions are factored into decision-making at all levels”. Turning its recommendations into action will be the next endeavour; there will be a further announcement about adaptation plans at the UN Climate Summit in September.